The Bavarian elections, held on Sunday, confirm the trend of German politics becoming increasingly fragmented. The simplistic narrative of the country tilting dramatically to the right, however, seems to have been somewhat exaggerated.

As is the case in many European countries these days, the elections saw support for traditionally dominant centre-left and centre-right parties dwindle quite dramatically.

For the arch-conservative Christian Social Union (CSU, the sister party of Chancellor Angela Merkel’s CDU), this meant the worst result since the 1950s, with the vote dropping from 47.7% to just 37.2%. For the Social Democrats (SPD), it meant seeing their vote halved from 20.6% to 9.6%, their worst result in Bavaria since the 1930s.

What may come as a surprise to some observers though is that this setback of the traditional major parties did not equate to a drastic surge in support for fringe anti-establishment parties. Instead, most estranged voters moved from one (more or less) centrist party to the other.

Take the decline of the CSU, for example. Sure, many of its former voters shifted their support to the far-right AfD – but this voter movement wasn’t their worst loss by far.

The approximately 160,000 voters the CSU lost to the AfD compare to 220,000 it lost to its moderate centre-right competitor, the regionalist Free Voters (FV). But not only that. The arch-conservative CSU actually lost more votes to the left-liberal and pro-immigration Green Party (190,000) than to the AfD. The deaths of previous supporters (240,000) was a bigger electoral drain on the party than the far right.

Ironically, a good share of the CSU’s losses to other moderate competitors can be linked directly to the party’s attempt to contain the rise of the far right. The more the party tried to imitate the AfD’s hardline positions on immigration – and sought out fights with Chancellor Angela Merkel over the issue – the more it estranged its own centrist voter base.

Also the centre-left SPD saw higher losses to nearly every other (relevant) party than to the AfD. While it did lose some 30,000 voters to the far right, it saw five times that number (150,000) move over to the centre-right CSU. Electoral losses to the burgeoning Green Party were more than seven times (230,000) as high.

This is not to say that the election was a failure for the AfD. The party still managed to enter the Bavarian state parliament for the first time, jumping from zero to 10.2%. Not a bad result, in and of itself. But considering that the party polled at up to 14% in the weeks prior to the vote, and actually gained 12.4% of the Bavarian vote in the 2017 general elections, their showing at Sunday’s vote can hardly be considered an unqualified success, or even a political earthquake.

But not only the right-wing fringe underperformed. On the other side of the debate, the hard-left Die Linke did not even make it over the 5%-threshold required to enter the state parliament. It received a meagre 3.2% of the vote, very slightly up on the 2.1% it gathered in 2013.

This does not mean that everything is well and good in German politics, or that business should continue as usual. As the country’s politics become increasingly fragmented and polarised, anti-establishment fringe parties are on the rise.

At last year’s federal elections, 21.8% of the vote went to parties on the far left and the far right. These numbers pose significant structural challenges to Germany’s established parties, and the threat needs to be taken seriously.

Nevertheless, voters dissatisfied with the policies of Merkel’s ‘Grand Coalition’ are not predestined to cast their protest vote in support of the far right. In many cases, they simply move over to another centrist alternative. That fragments the parties, but it may come with less severe consequences for governance and society than thought. There is more going on than the rise of the AfD.

Leopold Traugott is a policy analyst at the think tank Open Europe. 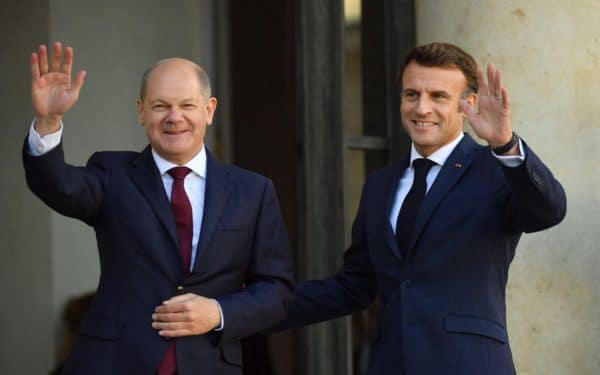