One part of the UK and EU’s transition deal that is causing controversy is over fishing rights and access to UK waters for EU vessels. Negotiators have agreed that the UK will effectively remain part of the EU’s Common Fisheries Policy, but without a direct say in its rules, until 2021.

News of the deal was met with anger from organisations representing fishermen, with the Scottish Fishermen’s Federation chief executive, Bertie Armstrong, stating that it “falls far short of an acceptable deal”. The National Federation of Fishermen’s Organisations has spoken of UK capitulation to EU demands.

It is in direct contradiction of the assurances of Michael Gove, environment secretary and Brexit campaigner. Earlier this month, he told the fishing industry that the Common Fisheries Policy (CFP) would no longer apply and that the UK would effectively become an independent coastal state after March 2019. This would mean that the UK would negotiate with other coastal states such as Norway, Iceland and the EU regarding access to each other’s waters – as opposed to being part of the CFP bloc, as it has been up until now.

But the deal means that, rather than becoming an independent coastal state and being able to form its own fisheries policy, the UK’s fishing industry will remain beholden to EU rules.

Fishing makes up a very small proportion of the UK’s GDP (about 0.05%) and is sometimes seen as relatively unimportant compared to other sectors of the economy. But it has huge regional importance in areas such as Cornwall, the north-east of Scotland and Shetland where it represents a significant part of the local economy, as well as the cultural identity of these areas.

The CFP has always been controversial. Although it is hard to say exactly what proportion of fish in UK waters the CFP allows UK vessels to catch relative to other EU vessels, given migratory patterns and so forth, it is somewhere around 30%.

This is the crux of the matter when it comes to the derision that is felt by UK fishermen towards the CFP. The UK fishing industry has been in relative decline for decades and yet UK vessels cannot catch about 70% of stocks in UK waters because of the CFP’s quota system.

Other issues are important too, such as the perceived “top-down” nature of the way that the CFP operates. According to surveys of British fishermen, around 92% of skippers in the UK voted to leave the EU in 2016 and therefore leave the CFP.

The transition deal clearly highlights both the priorities of the UK government and its relative weakness when it comes to negotiations with the EU and the interests of the other 27 member states.

It is easy to see why the EU is reluctant to give up access to UK waters. The territorial waters of the EU (known technically as its Exclusive Economic Zone (EEZ)) expanded hugely when Ireland and the UK joined the European Community in 1973. Then again when Spain and Portugal, both of which have large fishing fleets, joined a decade later.

So there is little wonder that the idea of the UK leaving the CFP is of concern to a number of member states. According to reports, France was particularly adamant that any moves to restrict access to UK waters after March 2019 would result in restrictions on UK access to EU markets in other sectors.

The UK’s inability to set the agenda for much of the Brexit negotiations had left the door open for the EU to put a quid pro quo on the table. Essentially, it said the UK can have tariff-free access to EU markets for reciprocal access to fishing waters. Given the UK government’s desire to secure a good deal with the EU and prevent a “cliff-edge” Brexit, the needs of the wider economy ultimately prevailed.

The idea that the EU would cede control over fisheries in full after March 2019 was always unlikely. In hindsight the government made an error in promising what ultimately could not be delivered to the catching sector.

Giving firm commitments on the outcome of the Brexit negotiations is a flawed strategy, given that any single issue or economic sector cannot be separated from the overall deal. Plus, any successful post-Brexit fisheries policy will require the cooperation of the fishing industry – reneging on an undeliverable promise isn’t a good start to building a strong working relationship.

Electorally, the Conservatives did well in a number of coastal constituencies in the 2017 election, winning back seats such as Banff and Buchan in Scotland which they lost to the SNP in 1987. The transition deal diminishes their credibility when standing up for fishing communities in these areas.

It is not clear, however, which political party stands to profit from this. In Scotland, the SNP supports EU membership and, by extension, would have to accept the CFP – despite advocating scrapping or fundamentally reforming the policy. In England, UKIP would be the obvious alternative for those disgruntled by the CFP, but UKIP does not pose a significant threat at the moment given its internal troubles and collapse since the last election.

The transition deal always had an air of inevitability about it. Despite all the promises made by government ministers, the impact that fishing has on the UK’s GDP relative to other member states has meant that it was always likely to be a card that could be traded off for a better deal elsewhere.

As for the ultimate end goal for the UK government on fisheries, independent coastal state status will come the UK’s way eventually. It is just not going to be as quickly as some would have hoped.

The government should be wary of making further promises to the fishing industry which cannot be guaranteed. The terms and conditions that the UK accepts for the relationship with the EU after the transition period may represent further disappointment for the UK fishing industry.

After Greenland voted to leave the European Economic Community in 1982, it spent three years negotiating its exit and had to settle for very little change in access rights to its fisheries for European vessels. This example suggests that UK fishermen may yet be in store for more disappointment down the line.

This article was originally published on the Conversation

Christopher Huggins is a Research Fellow at the University of Aberdeen

The Monarch’s six-hour stopover in Northern Ireland went better than anyone predicted, and may just have changed the political dynamic at Stormont. 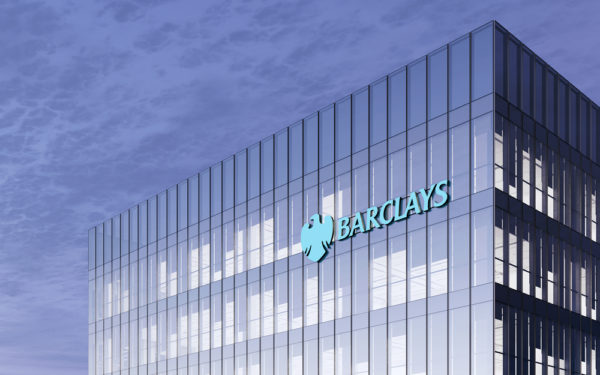 Why UK banks are closing the accounts of 1.25 million Brits living in the EU

Britain’s banks can’t be bothered with their customers living on the continent – just one of the many unintended consequence of Brexit.