Two weeks have passed, and already the voices rising up in defiance of Donald Trump are being silenced. Critics are being told to forget the ugly antagonism of the Trump campaign, to ignore the recent rise of homophobia, Islamaphobia, anti-semitism and white supremacy, and to accept the new president, Above all, we are being told to give Donald Trump a chance.

To which I ask, why?

No other American politician would get the benefit of another chance after behaving the way Trump did on the campaign trail. But if you want to draw a line under the election and wipe the slate clean, fine. Far more worrying are the things Trump has done since winning the presidency.

I’m not talking about ridiculous tweets attacking the musical Hamilton and Saturday Night Live. As Iain Martin has already pointed out, such provocations are clearly meant as infuriating diversion tactics to move the story away from far more serious offences (such as Trump settling the fraud lawsuit against Trump University for $25 million). Nor do I mean the cabinet appointments of fringe extremists and far-right outsiders that show that, far from surrounding himself with experienced hands and attempting to heal the rifts of divided America, the new president intends to be as volatile and inflammatory as possible. Trump is free to choose whoever he wants for his cabinet, and while it is important to scrutinise and critique them, treating each appointment as an assault on democracy will do the liberals no favours.

But make no mistake, Trump is assaulting democracy, by assaulting the sacrosanct separations between the man and the office that enable the president to govern in the best interests of the American people, rather than for the sake of his own wealth.

If that sounds like an exaggeration, look at how Trump has already blurred his business interests with presidential preparation since the election. A week ago, Trump’s Washington DC hotel held an event to encourage foreign diplomatic delegations to move their official business there. The US president is forbidden from accepting gifts from foreign governments by the constitution itself, but already diplomats have figured out that staying at a Trump property could be a useful way to endear themselves to the new president.

Then there’s India. In between meetings with his transition team, Trump found time to meet with his Indian business parters to discuss the Indian economy and Prime Minister Narendra Modi, along with his own business ventures in India. This meeting was not reported in the US media, and was only discovered when Indian outlets ran the story. Three of Trump’s children were present, including his daughter Ivanaka who is set to take over Trump’s business empire after his inauguration, theoretically to remove conflicts of interest. To recap, Ivanka also sat in on Trump’s meeting with the Japanese prime minister, while her husband Jared Kushner is tipped for a White House role.

When it comes to Argentina, meanwhile, a leading Argentine journalist reported that Trump used his initial phone call with President Mauricio Macri of Argentina to demand that the permitting issues obstructing one of Trump’s building projects in Buenos Aires were resolved. It should be noted that both Trump and the Embassy of Argentina have vehemently denied this claim, which appeared in Argentine news sources on Sunday.  However, Trump has never had a particularly transparent relationship with the press or a propensity to always be honest, and the report paints a troubling picture of how Trump could easily use White House power for his own enrichment, with few watchmen on hand to stop him. (The murky story of how President Macri went through Trump’s Argentine business partner to get on the phone to the president-election is explained here. The Trump Tower in Buenos Aires is now reportedly going ahead.)

Today’s furore concerns another early morning Trump tweet, this one nagging the British government to appoint Nigel Farage as Ambassador to the United States. The reaction from the UK, even from those who had advised giving Trump the benefit of the doubt, has been one of disgust that a foreign politician would dare to tell Britain what to do. (After the bruising EU referendum campaign, sovereignty is quite important to Brits at the moment.) Trump’s interference with Britain is not just distasteful, it is borderline invasive. The New York Times reported yesterday that Trump asked Farage to oppose offshore wind farms in Scotland that might spoil the view from his luxury golf courses. To be clear, that’s using presidential influence for the benefit of private business – an impeachable offence.

We know that Trump lies – countless examples show him denying he ever said things he is on camera as saying. We also know that Trump has little or no regard for the rules – not the unwritten rules of decency and politeness, but the actual legal regulations governing US politics. (The Federal Election Commission revealed yesterday that Trump accepted over a thousand donations that breached campaign finance laws, amounting to $1.3 million.) And we know beyond a shadow of a doubt that Trump is an expert when it comes to smoke-and-mirrors distractions, firing off inflammatory tweets peppered with casual racism or sexism to draw attention away from what could turn out to be criminal scandals.

Donald Trump knows what he can get away with, because he’s been getting away with it for years. The only way to prevent the White House turning into the new headquarters of the Trump Organization is to hold the new president to account for each violation and every example of cronyism.

So no, I won’t be giving him a chance. 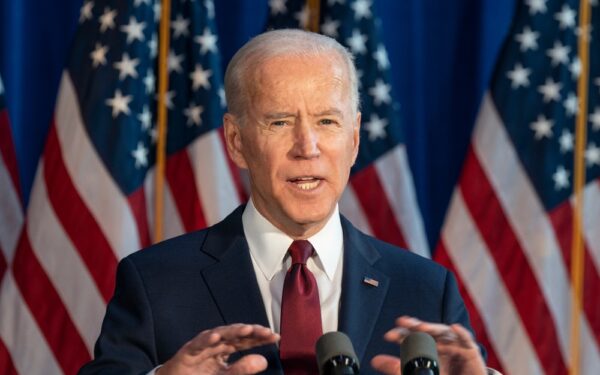