When Lord Frost and Boris Johnson signed off Britain’s Brexit trade deal with the EU two years ago, French knickers were probably not at the forefront of their minds. However, British women are having to pay considerably more for their French lingerie as a result of the trade deal, and its consequences for companies like us who do business with Europe.

We were assured at the time that the UK had secured a tariff free trading deal with the EU. This was very important for businesses like ours. Many of the leading lingerie companies in the world are European. The top end of the market, where we operate, is dominated by French, Italian and Spanish brands and by the big Belgian company, Van de Velde. Its PrimaDonna brand is familiar to many well-endowed British women and it also owns Marie Jo and the incomparable Spanish brand Andres Sarda.

Unfortunately, ‘tariff free’ is not quite what it seems when it comes to women’s underwear. For instance, it turned out that, once the trade agreement with the EU came into force, everything we bought from Van de Velde and many other European suppliers would have import duty levied on it.

For a pair of knickers or a thong, the duty is a whopping 12%. Bras and suspenders are hit with a lower import duty of 6.0%. Why this curious distinction, you might ask? Tariffs are a mysterious area and it is hard to get a clear answer, even from the trade experts. One of our suppliers suggested that it is because the UK produces pants but it lacks manufacturing capacity to make bras, which are very complicated pieces of clothing. Another theory is that bras (and suspenders) are viewed as essential items for women but underpants are not, hence the lower tariffs on bras. Or perhaps, we’re told, there is some other totally different explanation. Apparently domestic tariffs sometimes reflect third party deals to help other countries.

Why, though, do we have to pay import duties on European products at all when we have a wonderful tariff free deal?

The answer lies in the complex world of rules of origin. Van de Velde designs and develops its lingerie in Belgium. The purchasing of fabric, the cutting, the marketing and the distribution is also done in the EU. But the stitching is done in Tunisia.

So despite the fact the UK has a preferential, tariff-free trade deal with Tunisia, lingerie imported from the EU is caught by import duties under the Brexit deal with the EU if it is partly- manufactured outside of the trading zone.  The same is true for many of our other European lingerie suppliers. If goods imported from the EU are partly made in another country, they can get caught by the rules of origin, which are part of our FTA with the EU, and the UK has to charge import duty.

Perhaps all those officials and politicians who have never run a business did not spot this problem during the negotiations. Or if they did, they certainly failed to highlight it.

Import duties are only part of the problem. VAT is another. Before Brexit, we could import bras and swimwear from EU-based suppliers at net prices. We would then charge VAT at the 20% UK rate on our sales and pay over the VAT to HMRC at the end of the quarter. All very straightforward.

Now most of our EU suppliers are charging us VAT – but not all. Some suppliers have set up UK subsidiaries to deal with their UK customers, so they now charge us VAT like a UK business does and also levy any import duties. Other EU suppliers, without UK subsidiaries but with a UK VAT registration, do not have to charge us VAT. They do have to charge import duties, though, and generally they roll this up into the price and pay it across to the courier company. A third group of EU suppliers, without either a UK subsidiary or UK VAT registration, charge us both VAT and import duties. We have to pay this upfront to the courier company – otherwise they will not make the delivery. Needless to say, the courier companies charge an administration fee for the work involved.

Of course, we can offset the VAT against our VAT payments to HMRC but it is a significant hit to our cash flow. It also involves more admin and fiddling about with accounting systems. For instance, import duties have to be entered as expenses and we have to pay VAT on them – something I found out when I had a VAT inspection a couple of months ago!

We get used to all this. We have to. However, the very real impact it has on our cash flow is not a temporary teething problem. It is a financial burden we are stuck with. Having to pay 12% import duty and 20% VAT on stock means our working capital requirements have risen significantly on much of the lingerie and swimwear we sell and the extra cost is ultimately born by customers.

The story does not end there. Like many small businesses we are an exporter as well as an importer. Through our online website we sell across Europe – or at least we used to – to customers in France, Germany, Belgium, Netherlands, Sweden, Denmark and Romania among others. Before Brexit, we just popped orders in the post and that was that. Now we have to fill in customs declarations and navigate the bewilderingly complex VAT and duty rules on exporting to the EU and countries with different VAT rates. We did try calling the Government’s helpline for advice on this, but the response we got was that we should phone up the embassies of the countries we wanted to export to!

The complexity and red tape in trading with the EU has also meant deliveries now take about twice as long as they used to. There is no doubt all this has discouraged small businesses on both sides of the Brexit divide from trading with each other and made EU consumers less inclined to order from retailers in the UK.

For big companies with lots of experts to cope with all the red tape, the complexity is tiresome but manageable. For small businesses it is a real problem. We are luckier than many because lingerie and swimwear is a high-margin business. We can absorb some of the increased costs due to Brexit – there’s no Brexit dividend here sadly – but inevitably customers end up footing some of the bill. The impact took time to show through fully because many of our suppliers initially held their prices, and in some cases absorbed the cost of import tariffs, when the trade deal with the EU first came into effect.

No longer, sadly. We reckon the cost of a pair of French knickers has risen by about 6% on average due to Brexit – and that is on top of the general inflationary price rises everyone is now suffering from. Lord Frost and his negotiating team may not have understood the cost their deal would impose on women’s underwear. But it is time the British government addresses these kind of problems which affect thousands of small businesses across the country doing business with the EU.

Susana Lorena is the founder of Maison SL, a lingerie retailer in Notting Hill, London

The Brexit touchpaper is about to reignite

Brace yourself for another conflagration as the Retained EU Law Bill goes before the Lords once again. 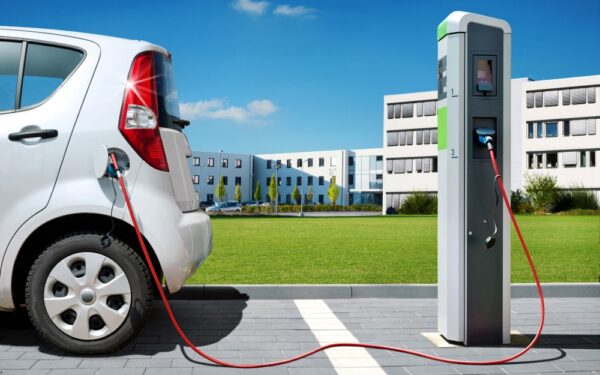