French Letter: Counting the cost of another Breton winter

I was looking up the details of ferries from France to Ireland yesterday. From March to November, there are departures from Roscoff, just up the road from where we live, to Cork and Rosslare. But these don’t operate in the winter. The alternative is to drive for four-and-a-half hours to Cherbourg to catch the massive, 55,000 tonne W B Yeats – one of the world’s biggest ferries – all the way to Dublin, a voyage lasting more than nineteen hours.

But the Dublin route, operated by Irish Ferries, is expensive. Last year, in mid-summer – the most expensive time of the year – it cost me exactly 600 euros. This time, leaving in late November, coming back in mid-December (before the Christmas rush), the best price I could find was 634 euros, or £547 in old money, with a warning that this could rise if I don’t “lock it in” fast. Given that the plan was to drop my wife off at Dublin Airport so that she could catch a flight to New York to visit her family, while I continued up the M1 to my native Belfast, this now looked like an unnecessary extravagance. Yes, I would get to see my own family in North Down, but it suddenly occurred to me that we would do better to put off the Irish trip until the spring, when we can take a complication-free ferry to Cork – where I began my career – and enjoy a leisurely drive north.

So now we’re talking about taking the train to Paris and staying a couple of nights in Montmartre before Louisa continues on to Charles-de-Gaulle en route to JFK while I make my way back to a cold and lonely house in Brittany. The kicker is that, upon her return, we can meet up again in Paris and spend another two or three nights in the run-up to Christmas before entraining once more for Guingamp, the Pearl of the Argoat, thence to our rural retreat.

At least, that’s the plan.

But everything costs money these days. You’ve probably noticed that – my gas bottle that cost €34.80 last time out jumped this week to €41.00 ? If we decided to sit tight this winter, we would probably save ourselves a considerable sum – as much as €3,000 – which with things as they are in the world probably makes sense.

But then, I’m 74, and what’s the point of doing nothing at my age when I could do something entertaining instead? We’re both still earning and we’ve got money trickling in from pensions and investments. We’re not Elon Musk, but we’re not on our uppers either … yet. I reckon we can stop enjoying ourselves when we’re dead.

On the purely home front, things are chuntering along. I’m still getting nuisance calls from telemarketers who more often than not can’t be bothered to respond when I pick up the phone (I assume some other sucker got in before me). In fact, I got two such calls just now, with nothing but silence at the other end. The return number, listed, in English, as “unavailable,” was apparently made from Nepal.

More usefully, the power grid operator Enedis is still supposed to be coming round one of these days to upgrade our power supply by way of an underground cable – though I have yet to have this confirmed by anyone other than my neighbour, Jean françois, who is very excited. All that I have heard on the electricity front this week is an offer from EDF to switch my account from whatever it’s called at the moment, to “Tempo,” allowing me to benefit from 300 “blue” days, when charges are reduced; 43 days when the tariff would remain as now; and 22 “red” days, when the charge applied would be “très élevé”.

If I work the scheme properly, they tell me, I could be in line to save as much as €240 a year.

Who dreams these schemes up? There must be teams of them, made up mainly of graduates in hotel management. I realise that EDF is under pressure to maintain supplies across France over what promises to be a difficult winter. And maybe Tempo is the answer. But who do they think we are? In future, am I supposed to keep close tabs on what day it is so that I can schedule the optimum time to do the laundry? And what happens if the temperature drops to below zero during a “red” day? Should we crouch in front of our newly-computerised digital meter and wait for the blue flag to go up before turning the heating on?

It’s all very confusing. At the same time, Veolia, the giant French corporation, with 178,000 employees worldwide, that provides our mains water, has informed me of its regret that I have not thus far taken advantage of its offer, via “Home Serve & Vous,” to protect my water supply from insects and rodents that may be infesting our home. A three-page letter, with application form attached, tells me that 92 per cent of the French have to deal with pests in their homes, “a phenomenon that has steadily risen by 54 per cent in recent years”.

Dear, oh dear, as His Majesty would say. I would obviously be mad not to take advantage of Veolia’s generous offer, which would set me back a mere €5.99 a month (instead of the €7.99 previously quoted). And yet, somehow, I can’t bring myself to comply.

I wonder if the €5.99 would cover the humane removal of the badger that has taken up residence in our front garden. I’m guessing not, but then when it comes to matters concerning water, Veolia has always been fluid. 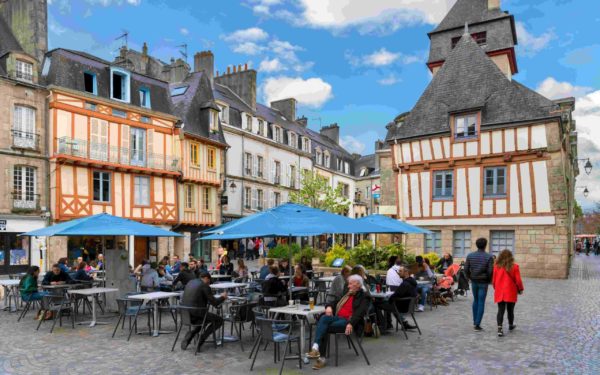