If my grandfather were to send me a book voucher in the post, who does that voucher belong to? The obvious answer is him, until it reaches my address, at which point it is mine. It certainly does not belong to the postal service that he paid to deliver the correspondence.

Now let’s say my grandfather had designs for a genius new invention that he was certain would make him millions, and decided to send it to me for my feedback. If the postal service were to open the letter, read our communications, then sell my grandfather’s intellectual property to a giant tech conglomerate, we would probably try to sue everyone involved. The same would be true if he had decided to discuss his idea with me over the phone, giving the telephone network – that we both pay for – the opportunity to listen in and profit from our conversation without our knowledge. We would all be horrified.

There is a general consensus that, whatever technology people use to communicate, ownership of that communication belongs to them, not to whatever network they are paying to provide the service. That’s true of letters, phone calls, telegrams – and, until last week, internet providers. But now, for US residents at least, that’s all changed.

Last Tuesday, the Republican-led Congress voted to block new rules written up by the Federal Communications Commission (FCC) during the Obama administration. The rules would have prevented internet service providers (ISPs) from selling the browsing data of their customers without their permission, protecting user privacy and giving consumers control over how their providers use and share their data. The resolution to gut the rules, which had already made it through the Senate, passed in the House by 215 to 205, mostly along party lines (although 15 privacy-protecting Republicans did cross the aisle to side with the Democrats). The resolution also bans the FCC from ever again attempting to enact such consumer protections. That gives ISPs the green light to treat their customers as helpless cash cows and make as much money out of them as possible.

Fundamentally, what the Republican-led Congress did last week was to overturn one of the key concepts of communication: the idea that communication belongs to the consumer, not to the network that carries it.

There’s a saying on the internet that is repeated so often it has become a cliché: if you’re not paying for it, you’re the product. We are belatedly starting to realise that Facebook and Google aren’t benevolent charities striving to help us communicate, but giant corporations harvesting our data and hoovering up advertising money. And that’s unfortunately a bargain we buy into every day we log in to a free service.

But that isn’t what is going on here. Americans do pay their ISPs for the privilege of internet access – they are not trading their data in exchange for a free service. In fact, broadband costs in the US are significantly higher than in other developed countries (nearly double what they are in the UK, for example). That is partly due to the lack of competition in many parts of the US, where the main players – Comcast, Verizon, AT&T – have crowded out smaller operators. 80 percent of Americans have only one or two ISPs available to them. That also means consumers can’t just switch providers if they don’t like what their ISP is doing with their data. It’s not quite a monopoly, but it’s far from an open market.

This very point was brought up in the House debate by Colorado Representative Jared Polis, who argued: “This resolution undermines fundamental privacy for every internet user. With a broadband provider, most of us don’t have a choice. You either sign up for your local provider or you don’t.” And in today’s high-tech economy, forgoing access to the internet just isn’t a viable option for most people.

As for the kind of data ISPs can now collect and sell, it’s pretty much everything – browsing history, downloads, clicks, searches, videos. Googling a medical condition? Insurance companies might want to know about that to adjust your premium. Researching cars? Get ready for a targeted assault from car sellers. And don’t forget this applies to your phone too, so expect your location to be tracked and sold.

At the same time, the new Republican leadership of the FCC has also struck down requirements that ISPs protect their customers’ sensitive information (like financial data). That’s a recipe for a new onslaught of hacking disasters of the kind we have never seen before.

Freedom, privacy, and ownership over personal communications are all bedrock tenants of small-government conservatism. They’ve been sacrificed at the altar of Big Business, slipping under the radar while all eyes have been on the stream of disasters emanating from Donald Trump’s White House. While we’ve been distracted, Republicans in the government have decided US residents no longer own their own data. Americans wouldn’t stand for it if the postal service was laying claim to every mailed book voucher. The state-sanctioned theft of their browsing data is no more acceptable. 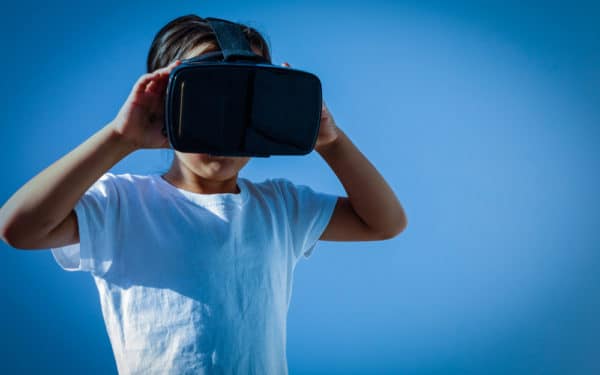 Biden can thank Trump for his improved standing

The US president’s approval rating has been slowly ticking up, while Trump is behaving so recklessly that even the Republican Party is no longer funding his legal defence.

Can we really claim that the partnership between Mikhail Gorbachev, Ronald Reagan and Margaret Thatcher changed the world for the better?