Indyref 2 is sunk. Is Sturgeon too?

The nationalist dream of Scottish independence appears more distant than ever today.

The UK’s Supreme Court has ruled unanimously that Nicola Sturgeon cannot hold a second independence referendum in October next year without Westminster’s consent.

The decision came after the court heard two days of legal arguments last month from both the UK and Scottish governments. Today, judges were clear: Holyrood’s proposed referendum bill is a matter reserved for the UK Parliament.

It is hardly a shock verdict. Indeed, the very laws that created the devolved Scottish Parliament in 1999 state that Holyrood does not have the power to pass legislation on areas of the constitution – which includes the union between Scotland and England.

The Court also said that Scotland has no judicial right to self-determination under international law as this only applies to “former colonies” or places that are under “foreign military occupation”.

The verdict is a major setback for Sturgeon and co. “Scotland is effectively a hostage in the union,” protested SNP MP, Angus Brendan MacNeil, upon hearing the news.

Sturgeon, meanwhile, admitted the verdict is a “a hard pill to swallow” but said that she respects the ruling of the court.

Of course, respecting its ruling doesn’t mean the First Minister is about to abandon her cause. She is, however, in desperate need of a new strategy.

Holding a wildcat Catalan-style ballot isn’t an option the SNP is considering. Sturgeon has explicitly ruled it out. And the likelihood of Rishi Sunak granting the SNP permission to hold a referendum is extremely slim, especially now the government has been vindicated by the highest court in the country.

It seems Sturgeon will instead focus on presenting the next general election as a de facto vote on independence. If the SNP wins over 50 per cent of the vote in Scotland, she will claim the party has a mandate for independence. But securing this will be a challenge: even in its best-ever election result in 2015, the SNP fell just short of 50 per cent.

The ruling is undeniably a serious blow to Sturgeon’s authority. Nor is it the only such blow as of late.

The First Minister’s determination to push ahead with Scotland’s Gender Recognition Reform Bill, which makes it easier for people to legally change their gender, has led to mutiny within her own ranks. Last month, Ash Regan, an SNP minister, resigned in protest against the bill while six more of Sturgeon’s MPs voted against it and two abstained. As Jenny Hjul wrote in Reaction at the time, it marks the greatest rebellion ever for the usually disciplined SNP.

To make matters worse, reports also emerged this week about Scotland’s NHS being so overwhelmed that trusts have raised the possibility of abandoning the founding principles of the service: by making the wealthy pay for treatment. This is according to minutes of a September meeting, seen by the BBC, between Scotland’s NHS leaders, in which they questioned the sustainability of Scotland’s health service in its present form.

It’s almost as if Sturgeon, by continuing to whip up resentment over a question that was settled in 2014, is distracting from the real problems Scotland faces – problems that have got worse under the SNP. With her political raison d’être sunk, her days could well be numbered.

Blackford whacked by the men in grey kilts

Clan warfare has done for Ian Blackford. The SNP is not a happy ship. 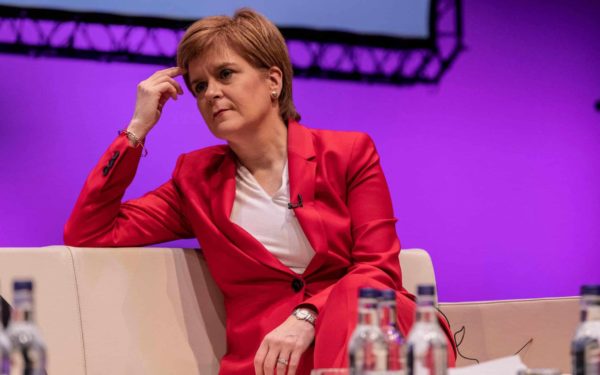 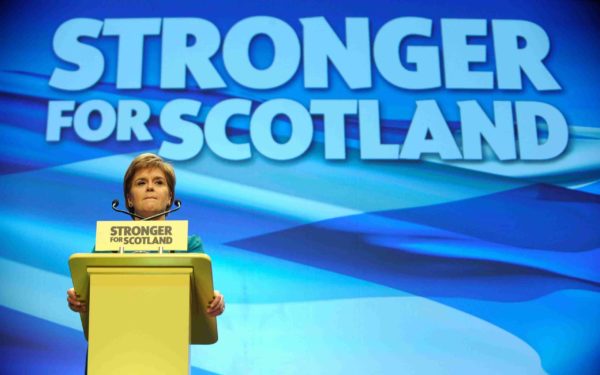 Nicola Sturgeon, what part of No don’t you understand?

Accepting that the independence ship has sailed would mean we could move on to making Scotland better for all of us.