Iranians have had enough of the brutal Deep State

The war in Ukraine has overshadowed the fact that for the past several months there has been an unrelenting series of public protests in the streets of numerous towns and cities throughout Iran.

These latest protests were initially sparked when access to drinking water and electricity became a serious issue during last summer’s hottest months. Since then, the situation has been exacerbated by a series of strikes led by the teachers’ and the bus drivers’ unions, and most recently by desperate people unable to feed their families because of rising food prices (especially after a threefold increase in the price of bread) that have accompanied runaway inflation and sky-high unemployment.

Incapable of addressing any of these problems, the authorities’ only response has been to firmly suppress defenceless people, leaving many dead and hundreds wounded or imprisoned.

It is no wonder that the traumatic experiences of the past four decades have left people looking in every direction to free themselves from the grips of a corrupt and incompetent dictatorship that has shattered their lives and deprived them of any hope for a better future.

Although the success of Khomeini’s populist revolution might still be a source of inspiration for many radical and Jihadi Muslims around the globe, it is nonetheless a fact that for most Iranians the experiences of the past four decades have proven to be something quite different.

The first bad omen for what would lie ahead came with the adoption of a new national constitution that incorporated Khomeini’s own reactionary doctrine of “Guardianship of the Islamic Jurist”, which flagrantly repudiates  any notion of democratic rule based on popular sovereignty.

Over the years, poor governance, gross mismanagement of the economy, massive corruption, total disregard for human rights,  along with discrimination against women as well as ethnic and religious minorities, have gradually wiped out any semblance of public trust, thus questioning the legitimacy of the regime for millions of Iranians.

A consensus for resisting the “Deep State”

With the election in June 2021 of Ebrahim Raisi as President of the Islamic Republic, all three branches of government in Iran are for the first time in the hands of hard-line fundamentalists ideologically allied with the Supreme Leader, though together they constitute no more than a small minority of Khomeini’s initial followers who came to power in 1979.

Nonetheless, as a constituency, they and their supporters, led by senior officers in the Revolutionary Guards, senior radical clerics, various revolutionary organisations and charities with a dominant position in the country’s economy, are now increasingly referred to as the “Deep State”. They have retained sole control of all the key levers of power and decision making through the security apparatuses and various coercive forces, including the media.

Allied with Russia and China, and hostile towards the democracies of the West, the Deep State has gradually cast aside every shade of opinion advocating transparency and reform. Senior political figures such as former Prime Minister Mir Hossein Moussavi, under continued house arrest for more than a decade for contesting the falsified results of the 2009 presidential election, represent just the tip of an iceberg that stretches to many other senior leaders and their support base who, for reasons of safety and security, have been much more guarded in publicly expressing their opposition to the way the country is being mismanaged.

These developments, in line with the country’s deteriorating economic circumstances for which the Deep State is incapable of providing any long-term solutions – even if Iran’s rising problems with the IAEA is resolved and an agreement to revive the JCPOA is reached – coupled with Iran’s increasing estrangement from the West and regional isolation, provide a wakeup call for all mainstream forces to re-evaluate their strategies in order to pose a serious challenge to the Deep State.

With ongoing daily protests throughout the country, and a highly disgruntled public united by its disdain for the Deep State, the potential for peaceful change under the banner of “national reconciliation” has never been better.

By drawing lessons from other successful struggles, such as the peaceful transition in South Africa that replaced the racist Apartheid regime with a vibrant democracy, millions of democratically minded Iranians committed to the principle of popular sovereignty can now focus their attention solely against the Deep State with a single demand that can salvage their future and that of their nation – a new democratic constitution free of all theocratic aberrations that respects the rights of all Iranians for equality, justice and peaceful co-existence.

Mehrdad Khonsari, a former Iranian diplomat, is a senior consultant at the Iranian Centre for Policy Studies (ICPS). 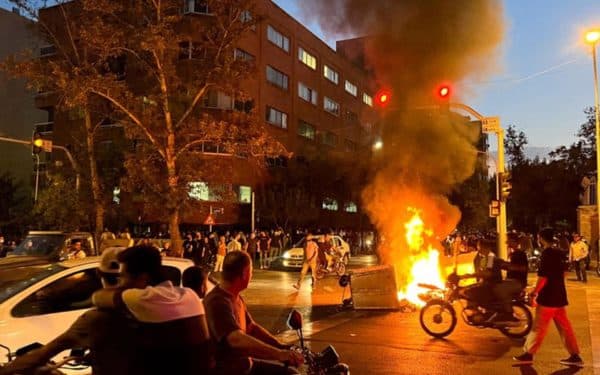 Iran’s Ongoing Protests and the West

Protests have seen women defiantly removing their hijabs, cutting off their hair in public and crowds chanting “death to the dictator”. 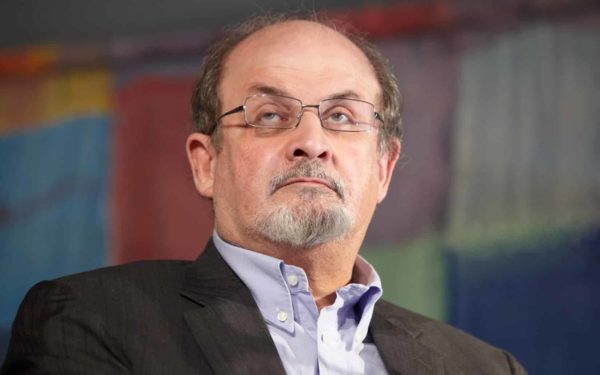 How Salman Rushdie has been a scapegoat for complex historical differences

The ongoing debate over Rushdie has exposed a radical difference between what constitutes artistic responsibility in the West and in the East. 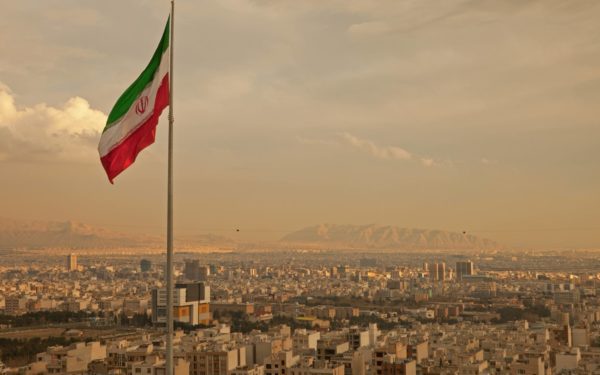 Could Zaghari-Ratcliffe be swapped for Iranian prisoners ?