It would be a lie to say the guy shouted “help” for the entire time I was there. His screaming just felt interminable. Truthfully, the poor guy only shouted for several hours and there had been notable gaps. Sometimes he would only shout “help” twice a minute. There was also one memorable moment in the middle of the night when he briefly changed key. His desperate cries went up a semi-tone.

We all hear these stories about bad experiences going to A&E but it’s quite different experiencing it first-hand. We hear about the hellish nine-hour waits but, last week, it was fourteen hours before my mother was seen by a doctor. By that point, I’d been awake for thirty hours and had to bail once it was confirmed that she’d soon be moved to a proper bed. She stayed in that crowded A&E department for another day before they found space on an acute medical ward.

We’d arrived at the hospital around 8 pm and the ambulance crew had assured me that we’d probably only have to wait six hours. This was a “quiet” Sunday night in the North West. They also assured me that my mother just had low blood sugar since she’d been struggling to eat because of gallstones that had gone untreated and caused digestive problems. The stones had been spotted in a scan a year before, but we’d only been told about them a few weeks earlier. This lack of communication is too often an undiagnosed symptom of a struggling NHS but is now entirely normalised. Yet I believe in the NHS. I come from an NHS family. I just never realised the crisis affecting the NHS had escalated so quickly, beginning at the GP level.

Like many GP surgeries across the country, ours has a computer system where you’re meant to be able to log in and view your results. Technology promises new levels of transparency and individual care…. If only somebody would bother to upload the results to the system. Our GP service is also meant to do a lot of things they fail to do yet still miraculously boast of perfect scores in the latest patient survey. Instead, like so many instances up and down the country, a failure at the GP level became a crisis that required 999. That’s how we ended up in the queue with me sitting on a hard chair at the foot of the trolley where my mother lay asleep in a draughty corridor next to the main waiting room.

It was exactly how I imagine Bedlam. Very few patients had relatives with them. Most were alone. Many were frightened. A guy who had overdosed on some hallucinogen was still in his pyjamas. He kept wandering up and down the corridor, trying to discharge himself, cadge a cigarette, or ring for a taxi on the free phone. Police were ever-present outside the toilet ahead of me (I only spent about six hours sitting outside that toilet), where a policewoman stood guard at the door as she spied on their female prisoner lest she passed something. Given the hours they put into that enterprise, the prisoner must have been carrying bullion in her lower digestive tract.

Yet what was most overwhelming were the sounds: the shouting, the screaming, the pleading. People crying for the bathroom. Others were suffering confusion, delirium, or something worse. It was like a fevered dream by Terry Gilliam where so much cruelty was matched by moments of lucid dark levity. One old dear was very deaf, and the doctor had to shout questions VERY LOUDLY.

“DO YOU KNOW WHERE YOU ARE?” she asked.

Her patient still couldn’t hear but, from the other end of the corridor, a different patient answered: “Yes, I’m in the hospital.”

“DO YOU KNOW WHAT YEAR IT IS?”

Most of the time was spent sitting quietly. I observed and fretted about my mother, who had been roused by a glucose drip but was sleeping again. These are the long hours when you realise that the body and soul are two separate entities. Hospitals care only about the flesh. They forget the people inside that flesh. Identity is by condition. The overdose. The fall. The sudden fever. The COVID cough. In my mother’s case, it was “gallstones”. That’s what I kept telling nurses who came to check on her. So much of it is a blur. A photo on my Twitter feed helpfully reminds me that at 3.34 am, we were in the X-ray department, but then it was back to queuing on the corridor. At 4 am, an announcement across A&E warned new arrivals that they faced a nine-hour wait. At the start, I didn’t believe it could take nine hours. At 6 am, we’d been there ten hours. I began to feel like it would never end.

On the other side of it now, I can say a few things. One is that the doctors treated us with kindness and respect. Every moment with them makes you feel like you’re being illuminated by their care and professionalism. But they move on so quickly and you’re soon back in the darkness, the zone of not knowing anything and not being told.

Just like nobody had told us about the gallstones.

And nobody had ever mentioned the cancer.

“Are you sure we’re talking about the right patient?” I’d asked the doctor who broke that news to me last Tuesday.

I’m still not sure they do have the right person and the fact I’m still not sure is a sign of how bad the communication remains. How the hell can somebody have almost monthly blood tests for years and nobody notices cancer across multiple organs? A failure at the GP level, again? I can tell you about so many… Perhaps there’s a reason why the company that owns most of the local practices were kicked out of Liverpool in 2016.

I guess I’ll never know the truth. On Friday, a nurse rang to ask me if my mother would want a priest with her. Of course, she wouldn’t, but that, as the old saying has it, “had escalated quickly”.

I’m still dazed by it; adrift as a large part of me is ripped away. The hospital is too distant to visit easily, and my mother had never wanted that. Yet ours is a small but intensely close family and leaving her alone hurts me as much as seeing her might change me. Yet even ringing the hospital is a non-trivial task. Once you’re through the minute of unskippable, pre-recorded messages, it’s unlikely that anybody will pick up the phone. That’s assuming the switchboard doesn’t first have a meltdown and start asking you for engineering passwords, as happened yesterday. Another time the automated voice-recognition system forwarded me to ward “D” instead of “B”, where a nurse assured me that my mother was sitting up in a chair and chatting with somebody.

Except, by that point, I wasn’t going to be fooled by false optimism. I spent last week being bounced between terminal and non-terminal diagnoses.

I’ve also heard more than once that “a doctor will ring you back soon with an update” only to spend the rest of the day waiting anxiously next to the phone. Maybe it’s my working-class upbringing which has taught me a level of subservience that I despise whenever I sense it within myself, but you reach a point where you fear ringing and you’re not even sure why you fear it. Causing too much fuss? Would I be bothering people? Or is it because the news might be bad? Or because you don’t want to hear any more platitudes about your loved one being peacefully asleep? Or is it because you fear the kind of nurse who gives you too much information?

They have important things to do, you tell yourself. Just wait. If there’s news, you’ll hear. Occupy your mind. Get up early one day and try to write an article, even though you’re feeling flat, drained, and exhausted by life that feels immeasurably cruel. I’m an atheist but, I confess, I’ve spent much of this last week praying. As events grew darker, the greater has become my need to delude myself with thoughts of hope, relief, and happiness. I feel cold all the time and want to feel another person’s warmth. I have only glimpsed a tiny part of the crisis engulfing the NHS. My thoughts are with the people who work in that environment every single day. They deserve a lot better. 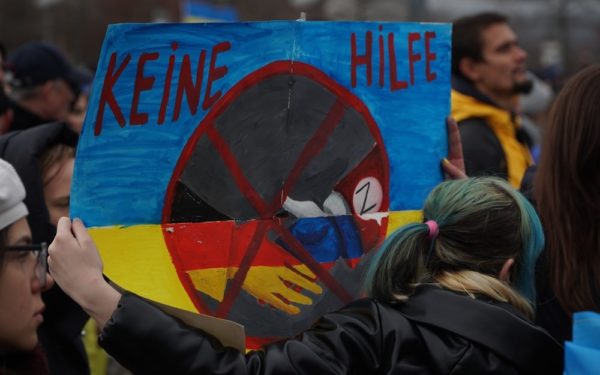