The Kremlin today has strongly denied that it is behind alleged attacks on the Nord Stream gas pipelines on Monday, which saw three large gas leaks emerge in the Baltic Sea.

Speaking to reporters, Kremlin spokesman Dmitry Peskov said accusations that Russia was behind the attack were “quite predictable and also predictably stupid.”

“This is a big problem for us because, firstly, both lines of Nord Stream 2 are filled with gas – the entire system is ready to pump gas and the gas is very expensive… Now the gas is flying off into the air,” Peskov added.

Instead, Peskov suggested that the US – which plans to supply 15 billion cubic metres of liquified natural gas to the EU – could be behind the possible sabotage. “They are very, very interested in further receiving their super, super profits,” he said.

Meanwhile, EU foreign policy chief Josep Borrell said that the leaks were likely the result of a deliberate act, and that if so, it “will be met with a robust and united response.”

The damage – caused by three explosions, one of which measured 2.3 on the Richter scale and was comparable to a powerful Second World War bomb – means that even if Russia wished to resume its supply of gas to the EU, it would be unlikely to be able to do so this winter.

German secret services said the pipelines may be unusable forever.

“Privately, everyone is convinced this is a Kremlin-inspired piece of sabotage,” security and defence analyst Professor Michael Clarke told Sky News, while a British defence source said Russia may have used an underwater drone to drop the explosives weeks before the attack.

Norway is preparing to deploy military and police units to its oil and gas installations both offshore and on land, as it raises its “emergency preparedness”. Norwegian oil and gas facilities – which now supply a quarter of Europe’s gas – have reported sightings of unidentified drones inside the safety exclusion zones that surround the installations. 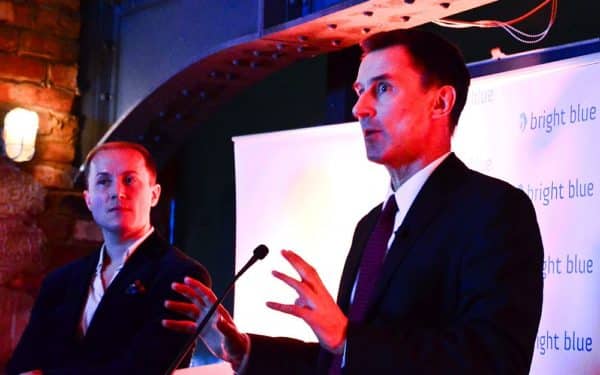 Ryan Shorthouse quit his role at the Conservative think tank and launched a damning critique of the current government.