My elderly Aunt was delighted a little while ago to receive a copy of the funeral service book for her cousin in Australia and read through the service at the same time as it was taking place to unite herself with it. Uniting oneself spiritually with others who are praying is a concept that lies at the heart of the daily office, and naturally bubbles up from the devotions of the faithful. In this season it is a spiritual tool pastors could very sensibly offer to their people.

It is still possible that Coronavirus will not spread into the population, but it does look as if it might. Churches have begun to think about what they might do to plan for the height of an outbreak which might mean that for a couple of weeks one fifth of the population is sick which may mean that some church services have to be cancelled if clergy are ill. (I still think it highly unlikely that there will be any ban on gatherings which would force churches to shut.)

Live streaming of services is being done already, (here is S Mary the Virgin Kenton) and may well expand, which could generally be a good thing for the future, helping the elderly and housebound, and of course those who are self-isolating or ill indoors.

This together with concerns about receiving at least the Precious Blood even among those who are able to get to church suggests a need to renew Spiritual Communion.

This is a devotion by which a communicant who is in church but not receiving, or one who is not able to be in church unites themselves spiritually with the act of Holy Communion being made in a particular church at a particular time.

The bell rung at the moment of the priest’s communion (which must of course always be in both kinds) was not some frippery, but a signal to the people, many of whom would be meditating with eyes closed, that now was the moment of communion and the point at which to focus the heart on the Lord in the Sacrament in union with the priest, and through him with with congregation. Live streaming churches might consider (re)introducing a bell to help those who are praying along as it means they can know the moment without having to squint at the screen.

An act of spiritual communion is below, and there is a full form from an Anglican source (Bishop Cecil Wood)  here and a short Roman Catholic prayer here. 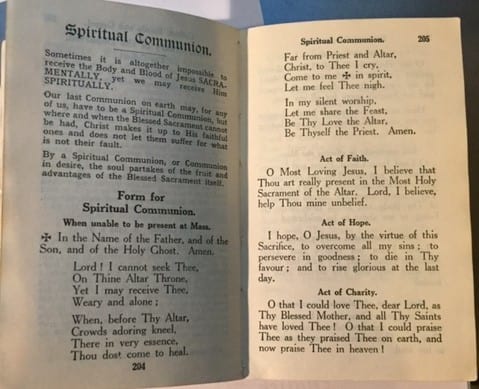 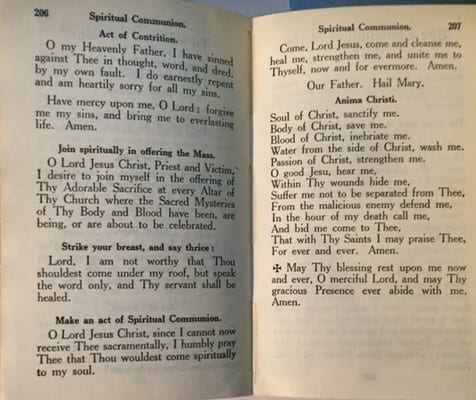 Luke Miller is Archdeacon of London

What’s in store for when school’s back for the class of Covid-19?