Rembrandt Harmensz. van Rijn was born in the prosperous Dutch city of Leiden, the son of a malt-miller, Harmen Gerritsz. van Rijn. (‘Harmensz’. is short for ‘Harmenszoon’ – son of Harmen). He was expected to learn his father’s trade, which was essential to the brewing of beer, a staple of the Dutch economy. But he had quite other ideas, and put himself to study under a painter, not of modest portraits or still-lifes but of historical subjects, much more ambitious. And he set himself up as an independent artist at the age of nineteen. His early life was spent in the turmoil of the Netherlandish revolt against Spain, in which unshowy bourgeois virtues and the careful pursuit of material prosperity were pitched against the Catholic culture of still-Spanish Flanders, with its flamboyant Baroque visual tradition, exemplified in the life and work of two leading Flemish painters, Peter Paul Rubens and Antony van Dyck. Both practised internationally and left important works of art here in England as painters to the King, Charles I. Both visited Italy and learned much from the Italian masters.

Despite his obvious ambitions, Rembrandt never left Holland and his vision remained true to the sober Calvinism of the Protestant north. He didn’t avoid grand, crowded figure subjects, but tended to work on a more modest scale than Rubens, portraying his fellow townsfolk in everyday settings and engaged in sober civic activities. Early in his career he was already painting not only histories but portraits and religious subjects, as well as building up a magisterial corpus of etchings – he is still acknowledged as possibly the greatest of all masters of etching. He fed these diverse interests with a profoundly creative knowledge of painting as practised elsewhere in Europe, and his approach to his art remained under the influence of the Italian master Caravaggio, and Caravaggio’s many Dutch followers. His compositions are controlled by the powerful contrasts of light and shadow that he had learned from the Caravaggisti.

Nevertheless, he was a painter with astonishing originality of vision, his view of the world governed by a deeply-felt humanity that colours every subject he tackles. Whether his theme is glamorous female beauty or the worried preoccupations of old age, the responsibilities of local dignitaries or the duties of priests or soldiers, he confronts the realities of life with a keenly observant sympathy that renders everything he describes poignant, a part of our common experience as human beings.

He famously made many self-portraits, both paintings and etchings, which chronicle his own progress through life from flamboyant youth to pensive and decrepit age. His likenesses of other people are as penetrating as his self-portraits, and his paintings of elderly women – often assumed to show his own mother, though that is usually a sentimental error – are wonderful accounts of old age. This example shows someone whose identity we don’t know, but whose age, 83, is carefully recorded, as is the date of its creation, 1634. That was the year he finally settled down as a citizen of Amsterdam, the Dutch metropolis, and married Saskia van Uylenburgh, the cousin of an art-dealer and painter with whom he had been lodging.

Might this old woman be some connection of his new wife’s?  It is a very intimate portrayal. The tender but unflinching description of weary flesh and ingrained worry is offset by an equally categorical recording of meticulously starched and pleated ruff, coif and cap. Even the unobtrusive pins that keep the cap in place on the old woman’s head are precisely shown. These lovingly delineated garments are the outward display of a sternly regimented private life, part of the fabric of the strict Calvinist Protestantism that prevailed in the newly liberated Dutch state. This is not the dignity of rank or wealth, but the unpretentious pride of an honest, God-fearing self-discipline.

Rembrandt often showed himself in ostentatious, theatrical clothes, as a lover of dressing-up. These images portray the potential of his vivid imagination to live in a larger, more colourful world.  But he was not a great businessman, and despite his unflagging inspired creativity, the larger world ultimately eluded him, and his career ended in poverty. 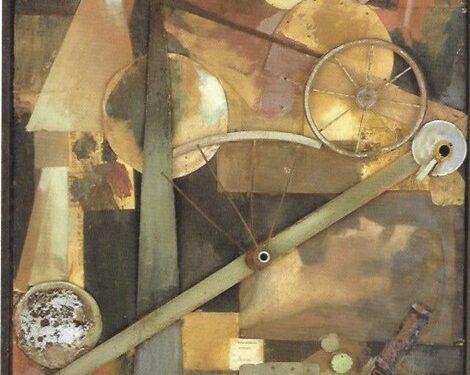