The crisis in housing: Hashi Mohamed on A Home of One’s Own

The housing crisis has stepped up another level again. Rishi Sunak pulled a vote on the Levelling Up Bill after nearly 50 Tory MPs signed an amendment by former environment secretary Theresa Villiers banning councils from taking house building targets into account when deciding planning applications.

Once again, politicians are trying to kick the can down the road. With 14 housing ministers since 2010 (Lucy Frazer, the incumbent, is the fifth in 2022 alone), the position looks like being rung on the ministerial ladder to higher office.

Aspiring homeowners have no reason to be optimistic about securing a property. As Reaction reported, despite predicts that house prices will fall by 15%, this only returns their value to October 2020 levels. Home ownership remains a dream, rather than a reality.

While complaining is easy, offering substantial answers is far harder. Thankfully, Hashi Mohamed has taken up that challenge. A barrister and broadcaster, he previously wrote People Like Us: What it Takes to Make it in Modern Britain. His latest book, A Home of One’s Own: Why the Housing Crisis Matters & What Needs to Change, argues secure homeownership is essential for a meaningful life. Speaking to Reaction, Mohamed explained why resolving this problem is a necessity.

Mohamed said the housing crisis goes far deeper than supply and demand statistics. In the book, he talks about “what are the consequences of not being able to have a place where you can relax and sleep without being turfed out”. That’s before one considers whether the property’s condition is fit for purpose. Those with housing security fail to realise how “having a decent home is absolutely essential to life’s bigger picture issues”. Housing security, Mohamed believes, is pivotal to a bright future.

The constant churn of ministers was something Mohamed says “just beggars belief”. “If you think about how much careful, strategic thinking is required to grapple with this issue, when you think about all the ways in which we have to really coordinate various factors to be able to fix this issue, it is really depressing that we’re unable to even have a minister stay long enough.”

His downbeat attitude developed further when considering the rhetoric of contemporary governments. Mohamed contrasted Winston Churchill’s 1950 party conference speech pledging to build 300,000 houses a year with Liz Truss rejecting ‘Soviet-style’ housing targets. Truss’ ahistorical approach is, at best, jarring. As Mohamed admits, “If you don’t have targets and if you don’t have a goal with a proper purpose, then you’re never going to orientate yourself. You’re never going to focus yourself”.

Mohamed wrote the book because of his own housing experience. Coming to Britain aged nine as an unaccompanied child refugee, he knew discussing housing would be immensely personal. Given, 30 years on, Mohamed works in housing law, he argued “it was really important that I helped people situate me in the conversation, situate me in understanding I had been homeless”. Tying together the personal and professional added immeasurable value to his book.

To persuade others, Mohamed deliberately avoids pejoratively labelling opponents of new housing developments as NIMBYs. Mohamed states it can “really unfairly characterise some, not many, people who have a genuine concern about the changes that are happening in their communities”. “There are so many people who resist development based on concerns they have around traffic and the lack of GPs.”

He believes the housing crisis is generational, with older people enjoying prosperity thanks to purchasing cheap properties which have “exponentially risen in price.” A home has therefore gone from being “the place you could lay your head and rest and live and come home to every day to being seen as a commodity, a stock and share.” Mohamed believes opening up this security to more people should be supported by everyone.

Mohamed supports bold thinking on housing solutions. The public’s support for lockdown, furlough and help with energy bills challenges, he believes, the assumption voters dislike big government. Mohamed says “Those three examples give an indication that we are moving to a situation in this country where more government intervention is going to be more likely, not less, where government intervention to deal with these issues is going to become more prevalent, not less.” Tackling housing could therefore be a brilliant electoral vote winner.

Nations as varied as Canada, New Zealand and Singapore are given as examples Britain could follow. “They’re doing an enormous amount of work to really grapple with this issue and that might include more social housing and more affordable housing for people to live in without necessarily it being prohibitively expensive for them.”

Any first time buyer often contemplates how to make their new house a home. But how do a set of homes become a community? Mohamed’s response was fascinating. “The more you can do to ensure that people mingle and mix with one another, the better.” For social cohesion, Mohamed believes “The more housing developments really build into their programmes the opportunity for people to mix with each other, and become a real community, whether it’s through the local country park, or the footpaths and the cycle paths, the more attractive it is and communities can really end up getting their own identities”. If it wasn’t already obvious, A Home of One’s Own should be at the top of Lucy Frazer’s Christmas reading list.

A Home of One’s Own: Why the Housing Crisis Matters & What Needs to Change by Hashi Mohamed (Profile Books), £5.99 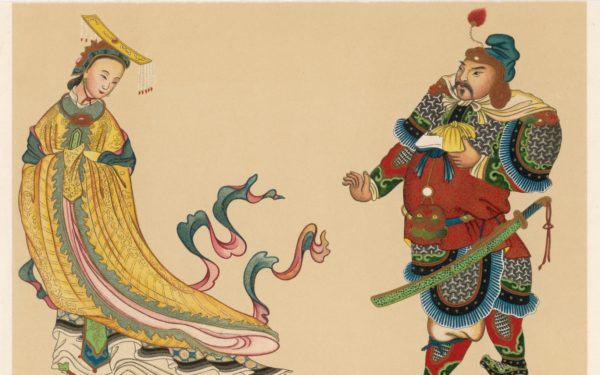 The World: A Family History by Simon Sebag Montefiore is erudite but never boring. 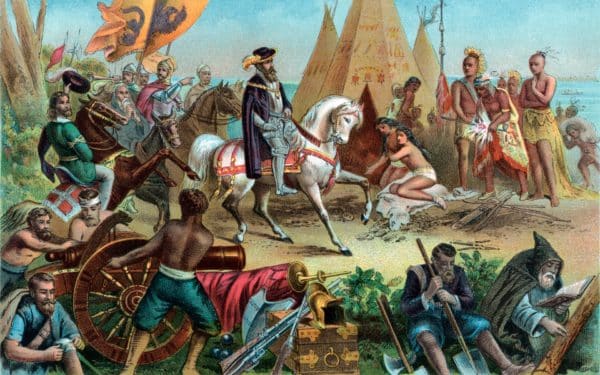 Indigenous Continent: a revised tale of cowboys and Indians