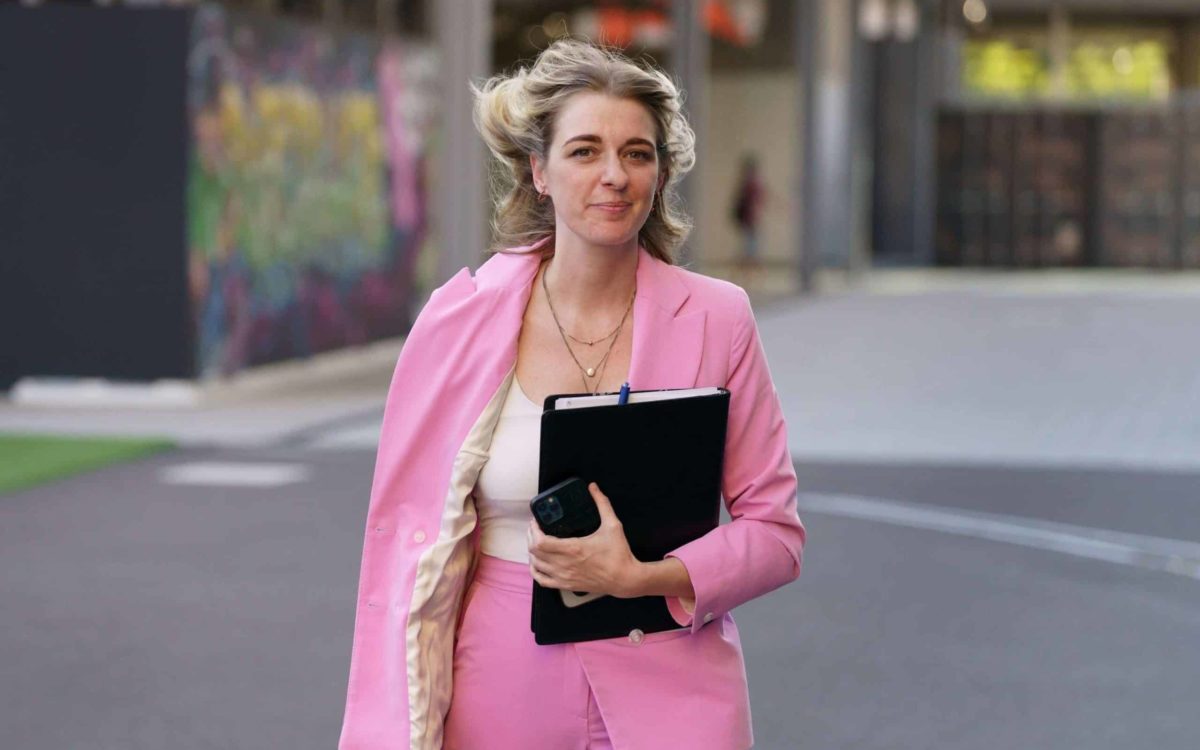 The exodus of young MPs from the Conservative party is gathering pace, conjuring unfortunate comparisons with rats and sinking ships.

Today, Dehenna Davison, Tory MP for Bishop Auckland, became the latest to announce that she will stand down at the next general election. Elected only in 2019, she won a seat held by Labour since 1935. Heralded as the latest generation of Conservative MPs, the 29-year-old said she wanted to devote more time to “life outside politics – mainly to my family”.

Davison admitted she hasn’t had “anything like a normal life for a twenty-something” because of her work in politics. Only this month, she spoke out over “sinister” tweets she received, including sexually explicit content.

Appointed a parliamentary undersecretary for levelling up in September, Davison said she would not be “checking out” until the next election. Earlier this year, Davison was forced to deny she was defecting from the Conservative party after its poor performance in the Wakefield and Tiverton and Honiton by-elections.

The announcement follows a number of younger MPs bowing out from Parliament come the next election – with eight Tory MPs in total having already decided to quit. Chloe Smith, MP for Norwich North and briefly work and pensions secretary, announced she would step down after representing the constituency since 2009. At 27, she was the youngest MP in the House of Commons when first elected. It is understood she is standing down for personal reasons.

Similarly, William Wragg, MP for Hazel Grove since 2015, announced he would also leave the Commons. Only 34, the MP took a break from his role earlier this year to recover from depression. Chair of the Public Administration and Constitutions Affairs select committee, Wragg was a staunch critic of the then Prime Minister Boris Johnson and accused Downing Street of blackmailing MPs.

Tory MPs have until 5 December to declare whether they plan to stand down at the next election. With many fearing the next election is all but lost, are they choosing to jump before they are pushed out by the electorate? 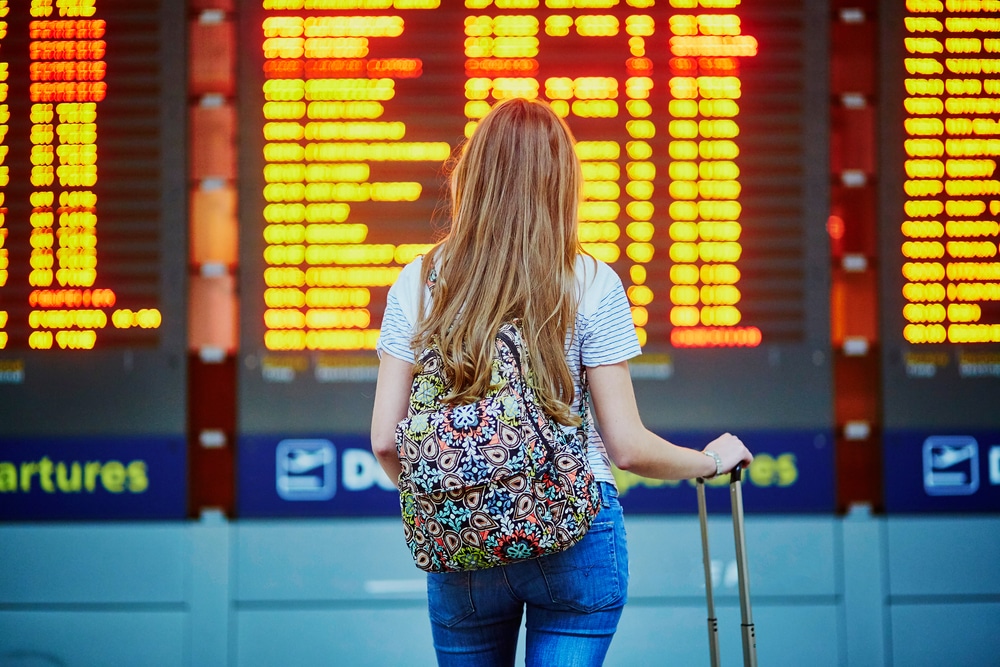 Rishi Sunak is mulling a crackdown on foreign students arriving in the UK. But will he go through with it?

He’s certainly under pressure to do something, after ONS data sent shockwaves around the nation yesterday as it emerged net migration rose by more than half a million in the year to June 2022. With more than half coming from bespoke humanitarian schemes for Ukraine (89,000), Afghanistan (21,000) and Hong Kong (76,000), another 227,000 arrived on student visas, double the previous year.

Though largely explained by pandemic-induced education delays, the increased volume of students has fuelled concern in government. Rishi Sunak’s spokesperson said: “We are considering all options to make sure the immigration system is delivering and that does include the issue of students’ dependents, and low-quality degrees”.

Indeed, the Prime Minister may be planning a crackdown on the number of foreign students coming to the UK, potentially sparking a huge row in Cabinet. Given international students pay higher fees than domestic students, the Department for Education is expected to say that stemming the flow from abroad could threaten university finances. The Treasury also believes cutting migration could harm growth and fuel higher taxes and lower spending.

It’s not only students but their dependents who arrived in the last year – 116,000 family members represented a seven-fold increase on 2019, when 16,047 dependents were granted visas (representing 6 per cent of overseas students bringing in partners or children). The 50,980 students from Nigeria bought 51,468 dependents, while 305 students from Libya brought 467 relatives.

The allocation of work visas revealed fascinating trends. An 89 per cent increase can largely be accounted for by EU nationals now needing to apply. Interestingly, 130,000 work visas were granted to people from India, with 98 per cent of Indian nationals who applied receiving one.

Separate figures indicate a record 143,000 people await an outcome for their asylum claim, with around 41,000 waiting between one and three years. With crisis after crisis, the Home Office yet again appears in a terminal state of chaos. Curbing the number of foreign students may feel to Sunak like low-hanging (but expensive) fruit. 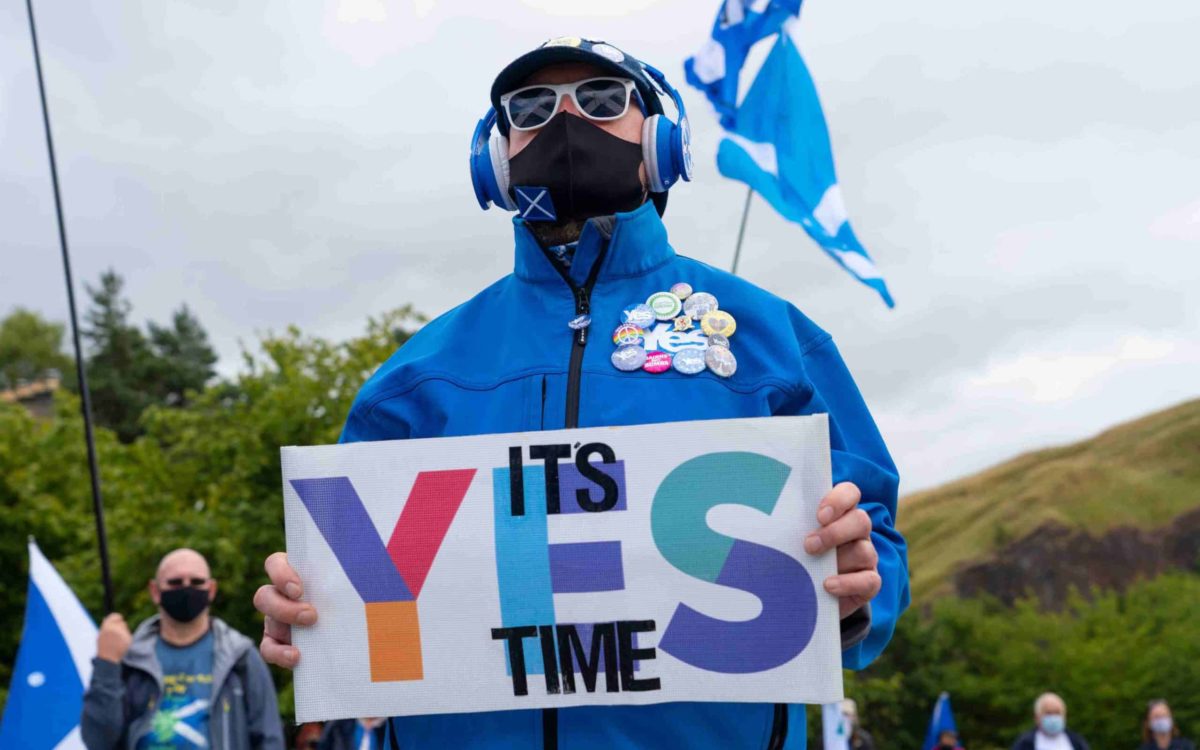 The UK’s Supreme Court ruled unanimously today that the Scottish government cannot hold a second independence referendum in October next year without consent from the UK government.

The decision came after the court heard two days of legal arguments last month from both the UK and Scottish governments. Today, judges were clear: the Scottish government’s proposed referendum bill is a matter reserved for the UK Parliament. The laws that created the devolved Scottish Parliament in 1999 mean Holyrood does not have the power to pass legislation on areas of the constitution – including the union between Scotland and England.

In other words, Holyrood cannot hold a referendum without permission from Westminster. And, as the First Minister is all too aware, this permission is unlikely to be granted any time soon.

Douglas Ross, leader of the Scottish Conservatives, has described today as “a clear and unequivocal verdict delivered by the highest court in the country,” urging the Scottish National Party and their supporters to respect it.

Sturgeon, while admitting the news is “a hard pill to swallow”, has indeed said she respects the ruling of the court. Yet she has hastened to point out that the Supreme Court “doesn’t make law, only interprets it.”

“A law that doesn’t allow Scotland to choose our own future without Westminster consent exposes as myth any notion of the UK as a voluntary partnership & makes case for Indy,” she added.

While a boost for Unionists, the Supreme Court’s decision is not going to put the issue of independence to bed. But the First Minister is in desperate need of a new strategy.