The post-Brexit City has a golden opportunity, whatever the financial establishment might say

The post-Brexit City and the UK financial services industry stand at the gateway of their greatest era of prosperity and global leadership. Yet one strange and challenging problem mars this golden opportunity: the equivocal and short-sighted positioning of much of its establishment – notably the City Corporation and the large multinational institutions and their creature spokesperson, TheCityUK.

There is an alarming absence of vision and certainly of media presence. Instead, there is an apparent retrospective desire to cling as far as possible to the EU’s regulatory shirt tails, instead of embracing the opportunity to set – in partnership with other great financial service centres – the gold standard for safe and attractive markets.

Into this void has now stepped the frontline practitioner-led CityUnited Project with a clear objective of ensuring that the City and the UK financial services industry as a whole realises its global opportunity – to serve the world, supported by a fair and competitive regulatory and taxation framework and the best talent possible.

Principal amongst its immediate targets will be to debunk the argument that an EU agreement on so-called “equivalence” – sufficiently similar regulation for the EU to allow British firms access to its markets – is a vital priority.

It is unequivocally not, and for two very simple reasons: 1. Such an agreement would effectively undermine any of the radical but desirable changes in regulation needed for continued global financial service leadership, and 2. In any event EU equivalence decisions are highly political and can be renounced at no effective notice.

These reasons mean that such an agreement would not be worth the paper on which it was written. The scar tissue left from the EU’s overhasty triggering of Article 16 of the Northern Ireland Protocol shows just how such “political” opportunities may be handled by the EU.

Nevertheless, the CityUnited Project could have an important ally in the UK in the City regulatory community given the Governor of the Bank of England Andrew Bailey’s recent seminal speech embracing regulatory independence and proactive development within a global institutional framework. His exceptional clarity is notably different from TheCityUK’s stated priority “to urge the EU to work with the UK on outstanding equivalence decisions” and from Barclays CEO Jes Staley’s recent endorsement of the City’s global aspirations, but in the same breath telling the BBC “I wouldn’t burn one piece of regulation.” The truth is that the City has, in its own inimitable way, adapted quickly to its changed post-Brexit circumstances, and seized many of the opportunities that have been presented. EU locations have been established as insurance and migration has been minimal.

The business lost to the Continent has been anticipated – EU share trading and EU-centric carbon futures trading, for instance. And as the EU has built a protectionist wall round its existing financial service operations, City innovation – honed by the hugely successful Eurodollar market of yesteryear and other similar initiatives – will continue to establish increasingly deep and liquid parallel globally accessible markets, such as the immediate arrival of “dark pool”, i.e. off-exchange, trading in EU securities.

The City and the financial services industry can really contribute to UK PLC. So the CityUnited Project believes that the City, and the UK financial services industry generally, should be a massive contributor to future British prosperity and political influence, building on its 1.5m employment and its colossal current annual tax contribution of £76bn. Shaking off their EU shackles, and in collaboration with other great financial centres, they can continue to take a lead role in the ongoing development of a sound and proportionate framework for global markets and their regulation. Their role in stimulating and supporting international trade and investment, building on British fintech hegemony, will serve British exports and political objectives in all the UK’s major spheres of influence. At home, and supported by an accommodating tax regime and skilled immigration policy, they can help stimulate employment, not least in supporting regional development and closer Union ties, through Special Economic Zones and with particular attention to the prospects of Edinburgh and Belfast.

The CityUnited Project pictures the City of London, together with the UK’s ancillary financial services industry, as a rapidly changing global asset, but one that has yet to appreciate fully, exploit and celebrate its newfound freedom. Its diverse, constantly evolving markets and services need that freedom to prosper and thrive in the years to come, for the benefit of participants and customers throughout the Continent of Europe and the rest of the world. The City of 2030 will be a very different place from that which woke up, amazed and startled, but as always aware of the opportunities of change, on the morning of 24t June 2016. 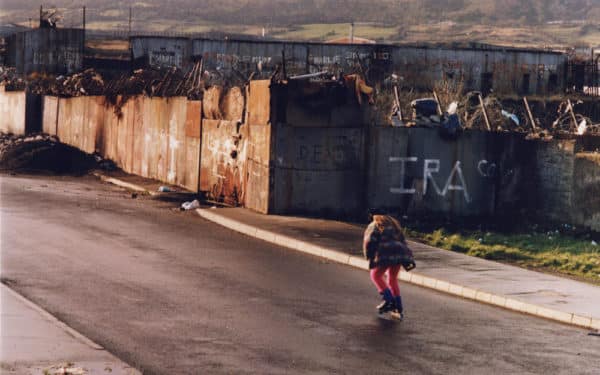