The Queen’s legacy is to bequeath stability

The Queen’s death comes as a shock but not a surprise. Although Her Majesty has been a constant in our lives for as long as most of us can remember. we knew in our hearts that frailty comes to us all. The nation joins with the Royal Family in mourning our Sovereign, as the crowds and the flowers outside Buckingham Palace show, and we wish the new King and Queen well.

These last months without Prince Philip cannot have been easy ones for the Queen, but her innate grace and stoicism did not let it show. The image of her sitting alone in St George’s Chapel, Windsor Castle, at his funeral is one of the most iconic of her long reign, and brought sharply into focus her new and unwelcome isolation. Alone though she might have been personally the Queen still had her people and we still had her. She kept faith with us to the end, appointing her fifteenth and last Prime Minister barely forty-eight hours before her death. Her relationship with us and ours with her lasted until the end. In the last photograph we saw of her she was smiling, thinner than previously but looking well. Dressed and styled in her familiar way she was as always the same, reliable, reassuring presence.

When people die much focus is inevitably on the end but the Queen had a long life as well as a record breaking reign. The statistics about visits, tours, investitures, Parliament openings, number of Prime Ministers, and all the rest are extraordinary and record breaking. Maybe they will never be equalled let alone bettered. Only time will tell. As a loving daughter and older sister, as a mother and a wife, as a faithful if unostentatious Christian, her life was as exemplary in its personal conduct as it was in its official one as Monarch and Head of State. For behind the great occasions and official pageant was a fellow human being. Taking on the duties that her destiny dictated at a young age. For all the private, as well as the public, maelstroms that come to every personal and professional life the Queen never faltered or failed to do what was expected and required. The level of stamina, resilience and integrity required to sustain that level of service over such a long period is extraordinary.

Her commitment to the Armed Forces was total and exemplary. In turn, the Armed Forces reciprocated with affection and respect. Everyone who serves knew that it was not simply a duty she was fulfilling but that as someone who had herself served in World War Two as well as being the daughter, wife, and mother of people who had served she knew first hand what those who served and their families were experiencing. The Church of England will miss her solid and profound commitment to it and the public affirmation of her Christian faith. The many charities she supported and the communities in which she lived, in London, Sandringham and Balmoral, will miss her as a neighbour and supporter.

We have no real idea what the Queen thought about most things and most people. Maybe in the future her diaries will be published and records released, but that is for future historians to rootless around in. It is not really of interest to us just now at this time. It is not for her views and opinions that the Queen has commanded and earned our respect and affection but for how she has been and for what she has done. We have watched her bring happiness on countless visits at home and abroad. We have heard her voice at times of great national moment. Above all we have watched how she has led and reigned by example.

Governments come and ago. Prime Ministers (15) sweep into office and are swept out not so long afterwards. Archbishops of Canterbury (7), Lord Mayors of London (69), Lord Chief Justices (11), Chiefs of the Defence Staff (25), Cabinet Secretaries (11), plus the innumerable business leaders, charity supremoes, and all the great array of those who lead and manage things have passed through our lives if not always our consciousness but the Queen has been a constant.

Scripture reminds us that to everything there is a season. The same seasons of life and earth affect monarchs in the same way they affect the rest of us. There will be much speculation in the coming days and months about the new King and Queen, the future of the Monarchy, mainly to fill broadcast air time and newspaper column inches. My instinct is that the monarchy which the Queen and Prince Philip bequeath to their successors, will continue to provide the stable centre to our national life. It will have its ups and downs, its highs and lows, but essentially we have been participants as well as witnesses in the continuing story and ever evolving life of our Monarchy and our nation. We mourn the Queen’s passing, we give thanks for her service and we look ahead to the next chapter in this great island nation.

Starmer still needs to sort out his woman problem

Now that the Labour leader is emboldened by his mammoth poll lead, perhaps he will finally be brave enough to define what a “woman” is. 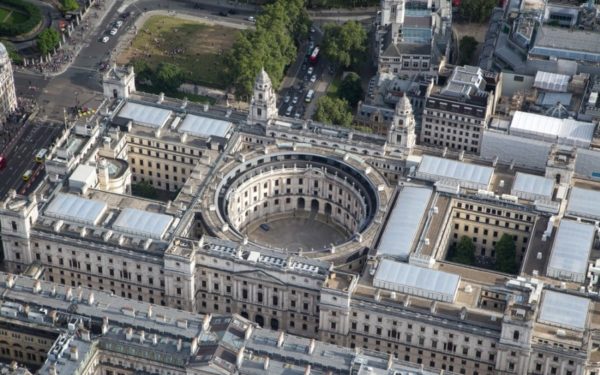