Time for Europe to get tough on China

Marco Polo may not have been a conservative, but he was certainly a capitalist. The thirteenth century Italian explorer not only opened Europe’s eyes to the splendours, and wealth, of medieval China, he also greatly increased traffic along the Silk Road, the network of trade routes between East and West first opened up in the second century.

In the era that followed, paper, pasta, tea and gunpowder were among the discoveries originating in China from which Europe would profit. From the very earliest days, it was an exploitative process, and as the centuries went by and Chinese power declined, it was Europe’s “belt and road” approach that determined the nature of the relationship.

By the nineteenth century, with control of the opium trade the principle means by which the West, now including the United States, kept China quiescent, the resentment felt in Beijing was approaching boiling point. What began as rebellion, brutally suppressed, ended in revolution. First came the 1911 Uprising that overthrew the last imperial dynasty. Next, in response to Japan’s murderous attempt to make China a virtual slave state, came the Kuomintang, led by the nationalist Chiang Kai-shek. Finally, in the years immediately following the Second World War, it was the Communists who triumphed, inspired by the ruthless, messianic figure of Mao Zedong. Mao would not only bring fundamental change to China, but by the turn of the new millennium his heirs would usher in a new world order.

The problem for Europe today is that Chinese payback for the years of humiliation is starting to eat away at the foundations of the continent’s economic independence. This month, as Beijing celebrates 70 years of Communist rule, the feeling is growing that a shift is taking place that may soon become unstoppable.

No world leader, not even Donald Trump, could fail to be impressed by the sight of hundreds of thousands of marching feet moving in unison in front of the Great Hall of the People, interrupted only by lines of tanks and vast machines on which were installed ballistic missiles capable, apparently, of breaching all known defences.

But as the West draws its breath in the face of China’s formidable military displays, it must also confront the decades-long scandal of the eleven million Uighar people held captive in the western province of Xinjiang. The Uighar, Muslims of Turkic origin, are regarded by Beijing as primitives, rather like the natives of Tibet. Trained to perform only simple tasks, they are allowed no freedom of movement. Protesters are arrested and jailed. Journalists who step out of line are similarly detained. Across Xinjiang, there are no fewer than 27 internment camps, in which an estimated 800,000 Uighar are held prisoner. 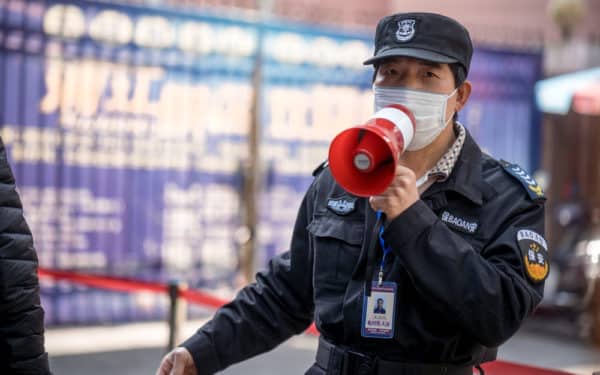