The latest broadside against an apparently moribund Tory party has come from one of its very own.

Ryan Shorthouse, 37, who founded the Cameroon think tank Bright Blue in 2010, quit the organisation in protest at the Conservatives’ failure to fix the big issues affecting millennials – calling it a “betrayal” of a generation.

Speaking to The Guardian’s Jessica Elgot, Shorthouse made his frustrations clear: “The Tory government has failed my generation – millennials – who have come of age and entered the labour market under 12 years of Tory rule, with punishing housing and childcare costs – combined with stagnant wages – preventing the building blocks of what Conservatives believe make the good life.

“There was excitement in the 00s from millennials, who were entering the labour market, about Cameron’s Conservatives representing purpose-driven, socially minded enterprise, which has been totally lost.”

He added that the blame lay with Brexit, the Truss-Kwarteng mini-Budget, and incessant Tory infighting: “The reason why we’re going into the austerity, a lot of it is to do with global factors, but some of it is to do with the policies of the Tory party, the mini-budget in particular, but also Brexit has had a massive impact. A lot of people just will not forgive the Tories for having another round of austerity, which is going to be quite painful,” he said.

The new PM is perpetuating a gap in talent, according to Shorthouse: “Rishi Sunak is a thoughtful and decent person, but he is short-sighted politically and seems to be a bad judge of character. He has missed an opportunity to promote young, experienced and talented ministers to the cabinet to refresh the government, which could have been good for him and his party politically as well as improving policymaking.

“Instead, he has just shifted the deckchairs, surrounding himself with the same people who have been in charge for a long time now; the Tory government is tired and desperately needs to be led by fresh talent and ideas.”

It’s a damning indictment from a previously loyal foot-soldier, one that captures a disenchantment many feel – including from within the party’s own long-suffering ranks.

What does strike chaos mean for the future of rail?

Transport expert Christian Wolmar warns of the worst rail crisis since privatisation if managers and unions don’t get their act together.

Is Labour’s vision of a New Britain any different to the Tories’ levelling up?

Gordon Brown’s new report dismisses the government’s levelling up agenda as a failure and proposes that “a bigger vision is needed”. 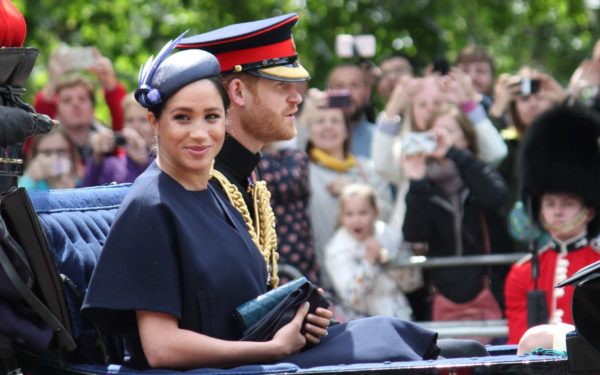 The first episode of the Duke and Duchess of California’s Netflix series has dropped, if you can bear to watch.