Twenty Years On: Is the Good Friday Agreement worth the paper it’s printed on?

Is the Good Friday Agreement, that brought a kind of peace to Northern Ireland after 35 years of war outdated? A “shibboleth” – as was the view of Barry Gardiner, the shadow trade secretary, until he realised, after talking to Jeremy Corbyn, that the opposite was true?

I would say not. Gardiner was talking trade, not troubles. Twenty years on, the deal that was so tortuously struck still has an important role to play.

But it is a close-run thing.

The leaders who delivered the agreement, on April 10, 1998, seemed at the time to be giants. But time has withered both them and their achievement. Bill and Hillary Clinton, Tony Blair, Bertie Ahern, George Mitchell, John Hume, Gerry Adams, David Trimble, all of them chilled by the shades of Ian Paisley and Martin McGuinness. On this ill-starred anniversary, how many of them have lived up to the promise of that fateful day?

In descending order, from most to least respected, I would say Hume, Mitchell, Ahern, Trimble and McGuinness, followed in no particular order by Adams, Paisley, the Clintons and Blair.

It is unfair, of course, as the truth frequently is. All ten took risks and all worked hard to secure the peace. If Tony Blair famously felt the hand of history on the day the documents were signed, he has felt it many times since, usually as it slaps him around the face and sends him reeling. But his contribution in 1998, building on the foundations laid by John Major, was considerable. Without him, as British prime minister, the talks would quickly have run into the sand. He refused to let that happen. Instead, he proved the indispensable impresario, giving everyone their time on stage until eventually he could bring the curtain down on a job well done.

The Clintons provided the mood music. Bill was the star turn, bringing with him to Belfast all the star power of the American presidency. Hillary, as First Lady, used the occasion to demonstrate that she was more than a support act, but rather a major player-in-waiting. Both have ended up diminished figures, the former President as a result of his philandering and sleight-of-hand, his wife because she failed to keep Donald Trump from winning the White House following a dismal campaign marked by her arrogance as much as by his absurdity.

And the others? George Mitchell, appointed Clinton’s special envoy to Northern Ireland, went on to perform a similar role in the Middle East, but achieved nothing. Aged 84, he returned to Belfast this week to bathe once again in the glow of his achievement, only to find, two decades on, that conflict and refusal to compromise are once more the order of the day.

Gerry Adams probably considers himself the biggest winner of the 1998 deal, or at any rate the last man standing. But, having recently stepped down as Sinn Fein president, all he can point to, after more than half a century of conflict, is a party set in aspic, sustained in the North by the same terrorist associations that increasingly cause it to be disregarded in the South.

David Trimble – Lord Trimble of Lisnagarvey – has not so much fallen from power and influence as disappeared from view. Something of an ersatz Englishman these days, the former First Minister of the original and short-lived Stormont Executive was awarded a share, with Hume, of the 1998 Nobel Peace Prize, and later took the Conservative whip in the House of Lords, from which he speaks out from time to time in support of Israel, the Union and Brexit.

Paisley and McGuinness are, of course, dead – which has done wonders for their reputations. The Reverend Doctor, it will be recalled, was vehemently opposed to the agreement and refused to take part in the Trimble-led administration. He only changed his mind when, after a later crisis election, his DUP party won enough seats to make him First Minister. McGuinness, a former IRA commander, was more conciliatory. He could see that murder no longer became him and opted in to government as soon as he could. Acting as Deputy First Minister alongside Paisley, the pair, dubbed the Chuckle Brothers, got along so well that the rest of us were left to wonder what the previous 35 years had all been about.

Bertie Ahern had emerged as Taoiseach in the Republic less than a year before the Belfast talks and remained in his job until 2008, when he resigned in the midst of a hotly disputed cash-for-favours scandal. By chance, he was exactly the right man to represent Dublin in the peace talks. Affable as well as capable, he was able to convince most Unionists, other than Paisley, that the Republic was well-intentioned towards the North and posed no threat to its status as part of the UK. History will say that he ought subsequently to have paid more attention to the economy. He, no doubt, would argue that he wasn’t alone in missing the bleeding obvious – that the Celtic Tiger was riding for a fall.

Which only leaves John Hume. As the founding leader of the now almost defunct SDLP, Hume is the only truly Great Man of the peace process. It was he who drove it most in its early days and he who, against all his instincts, brought in Adams and McGuinness to represent the hardline Republican position. It is a cruel irony that, now aged 81, he suffers from dementia, but it would be hard to find anyone in public life in Ireland these days who would deny his status as the ultimate peacemaker. But for his condition, he would have been a shoo-in as Irish President. As it is, he can never get lost in Derry without some well-wisher bringing him safely home.

Those, then, were the players. But what is their legacy? The Good Friday Agreement is in tatters. While the gunmen on both sides have so far stayed their hand, the politicians have squandered their inheritance. There hasn’t been an Executive since January, 2017. The DUP, now led by Arlene Foster, a Unionist so steeped in Britishness than she said last month she would probably have to flee in the event of unity, is balanced by Michelle O’Neill, the leader of Sinn Fein in the North, whose ceaseless rhetoric on behalf of “parity of esteem” for Nationalists is matched only by her unremitting veneration of IRA terrorists. Theirs, if it ever happened, would be a marriage made in Hell. In the meantime, the pair are proof that women in politics are no guarantee of a more civilised discourse.

Foster, whose downfall as leader could yet result from a report soon to be published into a so-called cash-for-ash scandal during her time in power, shows no desire to give anything to Sinn Fein that would allow it to take up its alloted ministerial positions. She is much happier as the power behind the throne at Westminster, sustaining Theresa May as prime minister by way of her ten DUP MPs. The former First Minister would rather die ­– or flee – than cave in to the Shinners’ demand for an Irish language act. O’Neill, for her part, is busy exploiting­ Brexit as a potential catalyst leading to a United Ireland. Stormont, for her, is not a half-way house on the road to unity. Rather, it is a dangerous impediment. If the Good Friday Agreement was intended to reconcile the irreconcilable, it has signally failed in its mission.

But we are where we are. The agreement and its various addendums are the nearest thing Northern Ireland has to an agreed constitution. Without it, there is only the abyss. Brexit – entirely predictably – has only served to make things worse. To the DUP, the possibility that Northern Ireland might end up a foster-child of the EU is a call to arms; to Sinn Fein it is the latest demonstration that England’s difficulty is Ireland’s opportunity.

The Rubik’s cube that is the Good Friday Agreement has been scrambled by events and it would take a genius to realign its faces. Theresa May, current Taoiseach Leo Varadkar, Arlene Foster and Michelle O’Neill are probably not the ones you would look to to restore optimism at this most awkward of times. But they are all we’ve got and there is no alternative to the four of them, and their lieutenants, if the Troubles, like the dreary steeples of Fermanagh and Tyrone, are not to reemerge as the price of failure. 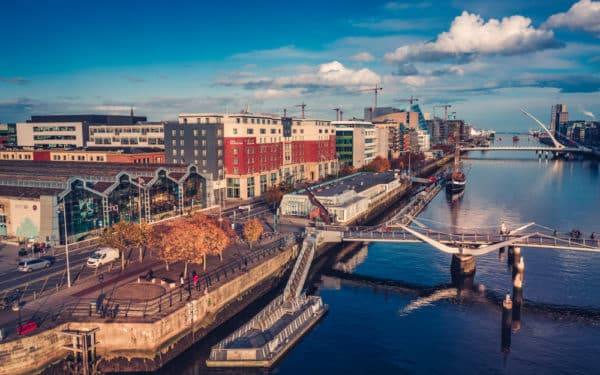 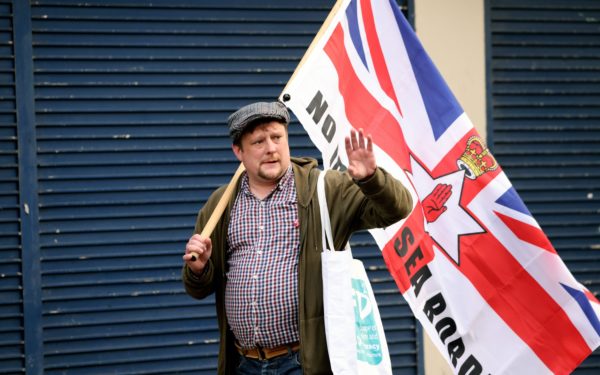 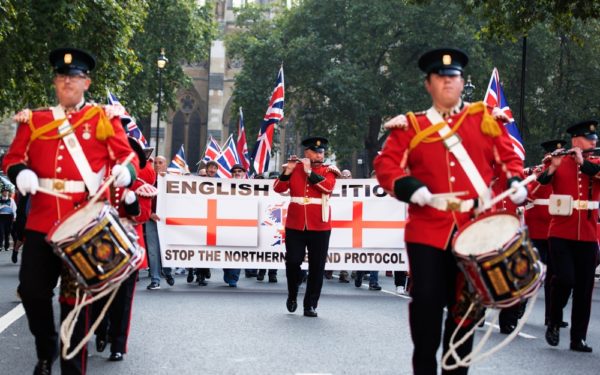 Triggering Article 16 is fraught with danger – don’t do it

Article 16 of the Northern Irish Protocol is a legal minefield. Triggering it would could cause political and economic chaos.