University Vice Chancellors on the run in pay scandal

Andrew Adonis’s crusade against “fat-cat” vice chancellors has taken a turn in the last 24 hours. Last weekend, the former Education Secretary wrote to 130 universities asking them to justify their pay policies and explain what they were doing to implement charity commission’s guidance on minimising the gap between the highest and lowest paid staff. The letter came after Adonis criticised vice chancellors in the Guardian last week for “ratcheting up fees” unnecessarily to pay themselves extortionate salaries.

Today, it emerged that the representative body for university chairmen sent out advice to vice chancellors on how to deal with Adonis’s request. The advice, which was leaked to The Times, included suggesting that all VCs should have a “broadly consistent response” and should point out that universities are exempt from charity guidelines on pay. The letter goes on to suggest that VCs tell Lord Adonis that they have fully complied with instructions on pay restraint from the Higher Education Funding Council for England (HEFCE) or that they are in the process of doing so.

Adonis claims that this letter is evidence of collusion, and, as the request was made using a freedom of information act, this collusion could be in breach of the law. He has also accused Vice Chancellors of showing contempt for HEFCE, and has suggested that if HEFCE is to be effective, it will need new leadership when parliament returns next month.

Lord Adonis’ campaign has had a lot of traction this week. In the last seven days, four MPs have resigned from the Bath advisory board in protest at the “eye watering” salary (£451,000) paid to Dame Glynis Breakwell, Vice Chancellor for Bath. Darren Jones, Labour MP for Bristol North West who resigned yesterday said “students in my constituency are paying increasingly high tuition fees, with many families helping their children out with the costs associated with going to university. Vice-chancellors’ pay needs to be set within the context of value for money. And students take on excessive debt to get a good education, not to pay bloated executive pay.”

His resignation on followed those of two Labour colleagues – Kerry McCarthy, the MP for Bristol East, and David Drew, the MP for Stroud – as well as Andrew Murrison, the Conservative MP for South West Wiltshire.

Adonis had previously called for Dame Breakwell to resign.

Some university officials are fighting back. In a blog published today, Andrew McRae, Dean of Postgraduate Research at the University of Exeter, argues that Adonis’ campaign is a “dead cat” which has obscured the real issue: universities are underfunded and need serious structural reform. Adonis has criticised this interpretation, tweeting that vice chancellor pay is “the heart of the problem” and not a “distraction”.

Many have praised Adonis for uncovering the scandal, but the former Education Secretary is not yet satisfied. In response to a member of the public congratulating him on his successes, Adonis tweeted “Thanks. But nothing has yet HAPPENED beyond words. I’m not stopping until there has been big change and reform.”

He has also confirmed that he will be speaking at Universities UK Annual Conference next month on Vice Chancellor pay and university governance. It’ll be interesting to see how that goes down. They could sell tickets. 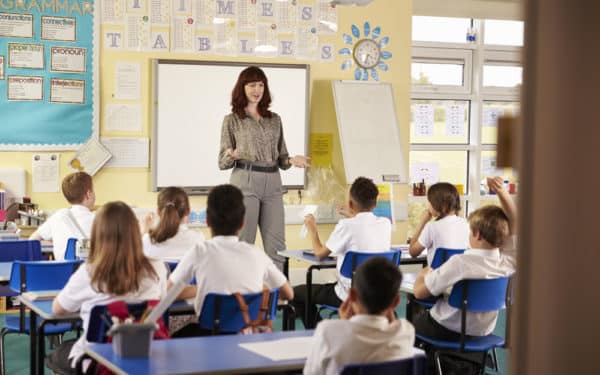