What the return of Bibi Netanyahu means for Israel

After a brief stint in opposition, Benyamin Netanyahu’s Likud party and their far-right allies have bucked the pollsters’ predictions of an electoral stalemate and look set to take power with a majority in the Knesset (the Israeli parliament). It will be the most right-wing government since the founding of the state in 1948.

Many observers, including the International Crisis Group, believe the new government is likely to take a hardline, ideologically driven approach to the Palestinians,which recently declared: “Not only will the yet-to-be-formed government almost certainly step up Israel’s policy of de facto annexation of the occupied territories, it may go beyond that”.

It is thought the coalition is likely to push a narrow and sectarian view of Jewish identity, turn a blind eye to corruption in its ranks and engage in inflammatory rhetoric and acts. This approach is likely to push Israel into another cycle of violence with the Palestinians as well as leading to increased political violence within Israeli society itself as left and right drift ever further apart.

But how did we end up here? Likud has always been a right-wing party, but during its stints in power across the decades since the late 1970s its ideological outlook has usually been tempered by a large dose of pragmatism.

Originally formed as the Herut party in 1948 by Menachem Begin, a former leader of the Jewish underground paramilitary which the British labelled as terrorists during their rule over Palestine, the party that became Likud underwent several mergers. Over the years it has reached out to the centre as well as the right in order to build its electoral strength. It was a painfully slow process, taking three decades before Likud was able form its first coalition government under Begin in 1977.

Begin was an ideologue and a fiery political speaker. During the 1950s he continued to claim Jordan as Israeli territory and opposed armistice agreements with Arab states. His speeches against Israel accepting German reparations after the second world war (which he labelled “blood money”) fired up crowds who threw stones at the Knesset.

Yet a brief spell in the Israeli Labour party-led National Unity Government around the time of the 1967 war led to a shift in Likud’s political position. Claims to Jordanian territory were largely dropped and Begin would go on in his premiership to sign a historic peace deal with Answar Sadat’s Egypt in 1979, which had previously been a sworn enemy of Israel. Pragmatism and a taste of realpolitik helped to remould some of Likud’s core assumptions.

It was Begin’s clean image and frugal personal life that helped to cement Likud’s electoral appeal. While the Labour party became mired in the scent of corruption as scandals over the Labour prime minister Yitzhak Rabin’s foreign bank account broke and party apparatchiks seemed to be addicted to kickbacks and financial manipulations, Begin was no longer the dangerous political bogeyman the left had tried to present him as. His ascent to the office of prime minister in 1977 offered Israel a fresh start after 30 years Labour party hegemony.

The contrast with today could not be more marked. Netanyahu’s three trials for alleged corruption will rumble on unless his allies find ways to push back the freedom of the judiciary to prosecute him. This is something that some of them have already vowed to do. But his legal woes will put Netanyahu in a precarious position.

The soon-to-be PM has, in the past, been a naturally cautious individual and has generally avoided unnecessary military or international confrontation. Despite his rhetoric and right-wing agenda, he has carefully avoided actually annexing the West Bank over 15 years in the top job, knowing full well the catastrophic results this would entail. Yet, beholden to a coterie of far-right and fundamentalist ministers, he may be pushed to consider more extreme policy decisions if he hopes never to see the inside of a jail cell.

When Yitzhak Shamir, Likud’s second – and in many ways more hardline – leader, found that he would be reliant upon Meir Kahane’s far-right Kach party if he were to hope to form a government after the indecisive elections of 1984, he instead accepted the invitation of the Israeli Labour party to form a national unity government. It was an arrangement that lasted until 1990. Kach meanwhile was eventually banned as a terrorist organisation.

But Netanyahu has burned his bridges with the left and centre – as well as many on the moderate right. This has left him having to court the ideological progeny of Kahane’s far-right worldview which sought to expel the Palestinians and establish an Israeli theocracy. A memorial event for Kahane in the immediate aftermath of the election was attended by several members of Netanyahu’s nascent coalition. The slogan was “today, everyone knows that Kahane was right”.

There have already been calls for LGBTQ+ rights to be pushed back among Netanyahu allies and frenzied rhetoric around the expulsion of the Palestinians has reached a fever pitch in the past few years. Much of this seems to verge on calls for ethnic cleansing. It is unclear how a PM so legally compromised can avoid succumbing to at least some of the far-right’s demands if he wishes to stay in power.

It’s important not to underplay the damage that some of Likud’s actions have caused through the years – from Begin and Shamir’s unwillingness to seriously engage with the Palestinians, to Ariel Sharon’s purposefully provocative visit to the Temple Mount (Islam’s third holiest site) in late 2000 which helped launch the second intifada. But Israel today finds Likud engaged in a more dangerous political game than ever and with fewer options than ever before.

Inflammatory rhetoric and rash actions could keep Netanyahu in power – but they could also explode in his face and unleash forces that he cannot control. 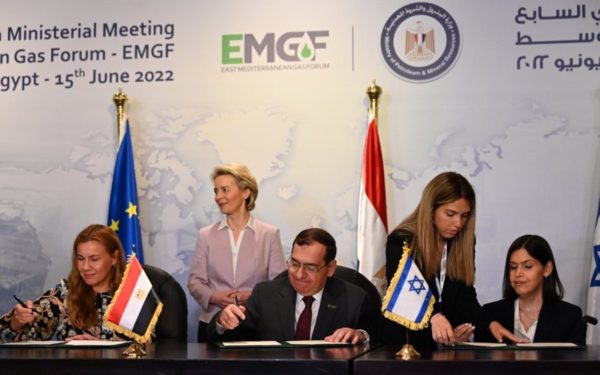 Israel comes up trumps in Europe’s quest for gas

While the Israelis won’t want to burn all their bridges with Moscow, the EU has transformed into a lucrative new market. 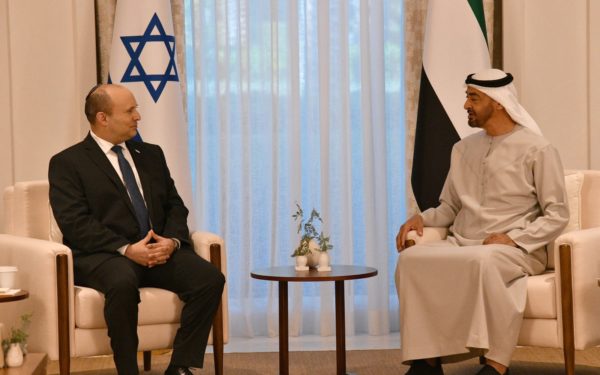 If Western powers are serious about tackling Middle East instability and extremism, they will stop trying to appease Iran, and instead focus on the Abraham Accords. 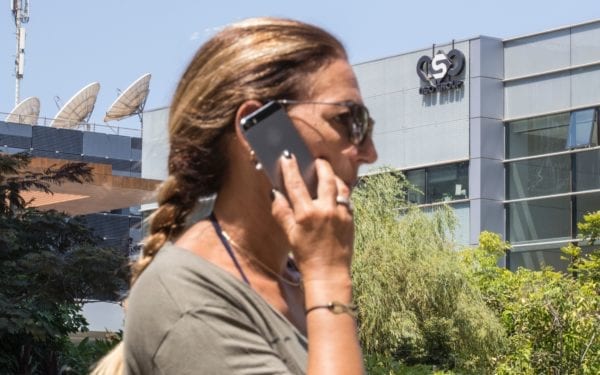 Be very afraid: Israel’s Pegasus spyware could track anyone using a phone

Latest revelations show that around 40 countries have used the spyware to follow and undermine journalists, critics, human rights activists.