Why house asylum seekers and not our domestic homeless population?

The two days of hot weather we experienced this summer did more to advance the global warming narrative than a million Greta Thunberg speeches.The Met Office showed half of Britain coloured a hellish dark red, indicating how dire our predicament had become, while newspapers denounced our wicked, hubristic behaviour as having brought fire and plagues upon us as punishment. We are, according to the Guardian’s environmental editor, “guilty as hell.”

If high temperatures are indicative of global warming, where’s the performative outrage over our current cold snap? Just Stop Oil has, well, just stopped, packed up, and gone home. Probably because glueing your hand to the road right now is likely to lead to a nasty case of frostbite.

The cold weather has always been our nemesis. A few snowflakes fall on a field in Luton, and we all grind to a halt. Planes are downed, and trains no longer run. Oh wait a minute..

Contrary to what the eco-doomsayers might think, heat is not our biggest problem. The cold is. According to research from the Lancet Planetary Health, between 2010 and 2019, almost 60,500 annual excess deaths were attributed to low temperature across England and Wales, for extreme heat? That was 800. The point I am trying to make is that cold weather kills. Some, like our grandparents, are more susceptible to its harsh vicissitudes. But another, less visible group is equally prone.

With Christmas being the time of reflection, spare a thought for those who have to bed down under the stars every night in back alleys and doorways. I am talking about the roughly 2,500 Britons that sleep rough every night in England. The situation is particularly bleak in coastal areas.

Like most seaside towns, Blackpool appears to have been forgotten. Underinvestment and persistent neglect have meant this once picturesque town is now blighted by debt, ill health, and chronic substance abuse. The average wage in Blackpool is a third below the national average, while some of its wards are the most deprived in the country with the worst life expectancy. Like a lot of coastal towns, it has a problem with rough sleeping. Per capita, its homeless population is three times the national average.

While this seaside town in north-west England is no stranger to millions of visitors a year, its residents are being forced to put up with an influx of asylum seekers, leaving some of its most deprived residents feeling invisible.

A story recently emerged that the home office contractor was looking for hotels in the Blackpool area to accommodate hundreds of migrants. It has already booked out one of the area’s most well known hotels.

The town’s Metropole hotel has been home to roughly 300 predominantly male asylum seekers for the past year. In the meantime, the town’s homeless are left to sleep on a concrete pillow in one of the many shop doorways, just a stone’s throw from the historic hotel. Being exposed not just to the environment, but also to drink, drugs, and a less than compassionate public often leads to fatal consequences. According to official figures, 741 homeless people died on the streets of England and Wales in 2021—an increase of eight percent on the previous year.

I really don’t want to get into a morality play about which human life is more valuable. All life is valuable. But forcing an already deprived area to take in hundreds of people it cannot cope with needs to be mentioned.

Our entire immigration system is broken. The Conservative-led government has had twelve years to fix this. In recent years, there’s been an exponential rise in the number of people crossing the channel and arriving on our shores. In 2019, a little under 2000 arrived. This year, we have so far passed 45,000— a 2150 percent increase.

There are 100,000 asylum seekers awaiting processing. Of those who arrived last year, just 4 percent have been processed. Roughly three quarters of those who leave the relatively safe shores of Calais are likely to be granted asylum—a success rate twice that of the EU average (34 percent). Holding people here until they are processed is not working. At a cost of around £7 million per day, it is estimated to cost around £2.5 billion a year. More than just financial, it can lead to social unrest and a breakdown in community cohesion. The situation in Linton-on-Ouse is a good case in point. When the government tried to force this small, sleepy northern village into taking hundreds of asylum seekers, its residents fought back. With just 1,000 people, a post office, and a solitary bus stop, it couldn’t physically accommodate such an astronomical demographic change.

Homeless people might be itinerant, but they were born here, and the vast majority have contributed to life here. While it would be naive of me to expect all homeless people to behave in a dignified and morally upright manner, most would be grateful for a roof over their heads during this icy period. Some might cause problems, but to the best of my recollection, no temporarily housed rough sleeper went on to stab six people—including a police officer— after complaining about the living conditions, as was the case of the Sudanese asylum seeker housed in a Glasgow hotel.

Leaving homeless people with mental health and drug problems to freeze on the streets while housing those coming from abroad is not liberal. It is heartless—a long way from the “compassionate conservatism” we keep hearing about. 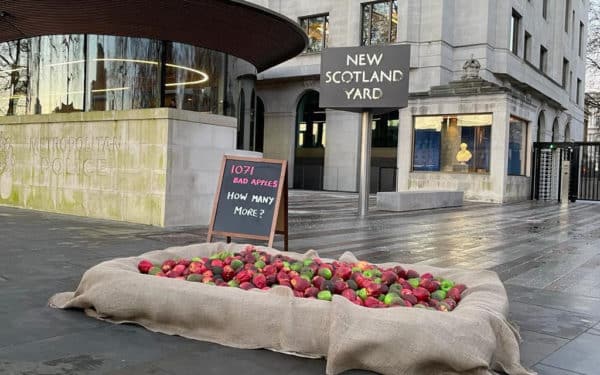 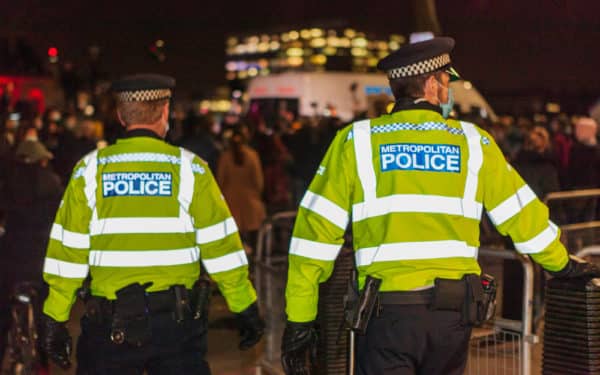