One of the most distinctive aspects of Chinese diplomacy is its refusal of reciprocity. It enjoys (and sometimes abuses) the freedoms of the Western world but refuses any such liberties on its own soil. Sometimes the government pretends, in bad faith, to confer freedoms in accordance with its constitution or treaty obligations. Journalistic freedom, for instance, is guaranteed in Article 35 of the Constitution, which avers: “Citizens of the People’s Republic of China enjoy freedom of speech, of the press, of assembly, of association, of procession, and of demonstration”. But of course the entire text is as if in parenthesis, before which should read: “None of the proceeding will inhibit in any way the actions of the Chinese Communist Party”.

Since Trump came to power, however, he has pursued a China policy that is far more aggressive and confrontational than any of his recent predecessors. It is clear to anyone with open eyes that China is not acceding to a “rules-based international order”. It still conducts industrial-scale theft of information property, blocks large portions of the Western internet and media (while paying for propagandising “advertorials” in outlets from the Washington Post to the Daily Telegraph), quietly blocks foreign firms through localised non-tariff barriers, claims the entire South China Sea while militarising islands and atolls, disregards inconvenient economic treaty obligations, and enforces “partnerships” on multinational market entrants with local firms, and – as we’ve seen recently – ruthlessly uses its commercial clout to enforce its political will on Western firms.

Trump’s economic stance on China, through the trade war and associated tariffs, are well known. What was less clear is to what degree political and diplomatic reciprocity were being seriously considered. But last week a new policy indicated that the matter is in play. The State Department announced that it is “going to be requiring that all of the PRC foreign missions – their embassy and their various consulates around the United States – will have to notify the Department of State in advance of official meetings with state officials, official meetings with local and municipal officials, official visits to educational institutions, and official visits to research institutions”, with the avowed goal of “get[ting] closer to a reciprocal situation, hopefully with the desired end effect of having the Chinese Government provide greater access to our diplomats in China”.

The US policy is not of course a restriction, merely a requirement to inform. But it no doubt serves as a shot across the bows. Of course, the Chinese government objected. Its embassy in the US tweeted: 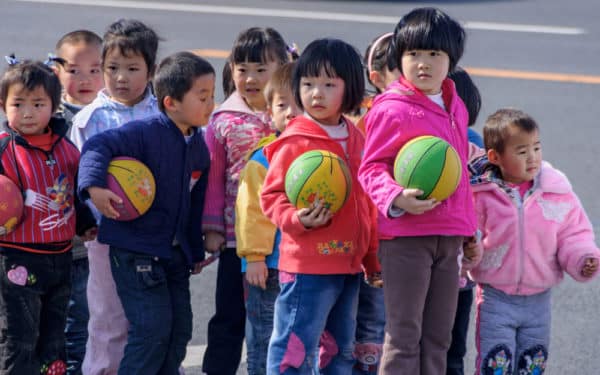