Why is business ignoring Corbyn’s threats?

Conference? What conference? If you had landed on earth from Planet Zog yesterday, and looked at the financial markets, you would never have guessed the Labour party had revealed plans for the biggest heist ever of the UK’s public and private assets or that it was ‘war-gaming’ for a run on sterling and massive capital outflows.

Curiously, our visitor from Zog would have seen the pound bounce back to highs against the euro while the FTSE 100 Index rose by 33 points at one moment during Jeremy Corbyn’s scarily brilliant orathon of a speech only to slip back a little. Yet the index still closed 27 points higher at 7,313.51 while the FTSE 250 index, a more indicative picture of British business fortunes, rose 66.22 points to 19,569.45.

Investors and traders are usually pretty good guides to market sentiment so it’s weird that Corbyn’s threats – which could put a £312bn black hole into the magic money tree of public finances – didn’t trigger either a flutter or a shudder in the markets. Corbyn will be annoyed – being ignored is almost worse than being disliked. For the whole point of his electioneering appeal is to promise a fantasy land which includes something for everyone from plans to re-nationalise prime industries from water to rail, abolish and take state control of PFI contracts, abolish student tuition fees – he said it again – set credit card rates, introduce mandatory equal gender pay for companies, increase corporation tax and, possibly from what I hear behind the scenes, abolish tax reliefs for entrepreneurs.

At the same time, he announced plans for new housing programmes ( not a bad thing, by the way, and a policy which this government should be doing anyway), strict rent controls and forcing property developers to hand over land,  lifting the pay cap across the public sector and more investment in the NHS.

The big question is, therefore, why was there no gut response to Corbyn’s plans ? Maybe the City’s big investors and traders were not listening to Corbyn’s speech, all 5,958 words of it, but watching the cricket instead ? And why didn’t our most successful business leaders get out there, attacking his unashamed threat to plunder the economy and hike taxes across every corner of business?

Do they take Corbyn’s threat with a pinch of salt ? Or maybe they don’t believe he has a chance in heaven of getting anywhere near No 10 come another election so they are not concerned ?

More worryingly, perhaps they don’t care. Privately, they know that historically the City and some big businesses paradoxically do rather better under Labour governments because they are such big spenders of taxpayers money, particularly Marxist spenders.

That would be the worst of all worlds. Even so, the lacklustre response from business or financiers is something a mystery. But maybe there are clues. One of the FTSE 100 chairmen I spoke to – on condition of anonymity – after the speech was more cynical. He said that for many of his colleagues, the only policy they want from Labour at this stage is a promise to keep some sort of single market and customs union membership going for a long, long transitional period until everyone has forgotten about Brexit.

What he didn’t mention was how such a deal – which would mean keeping freedom of movement- could also be sold to the public.

More interesting, this businessman also believes that Corbyn is so pumped up with victory – particularly victory over his own wayward MPs and members – as much as from the June election result, that he is over playing his hand and will be seen as a false prophet.

In his words, the more extreme and the more expensive measures that Corbyn announces the better, certainly better for the Conservatives who still have the upper hand with the public over their stewardship and trust in managing the economy. In the deepest part of their hearts, the public knows that the magic money tree is not supernatural and it is only by growth and prosperity, that those roots can be fed and future production grown.

My fear is that this argument, while powerful, doesn’t work anymore. For starters, Theresa May herself has criticised big business, alienated most of the UK’s top bosses with some of her corporate measures rather than encouraging them to change their colours or policies. In the process, she has tarred all business with the same brush. The young and the less well off are all now of the belief that business is bad and out to rip them off. The truth is, some are but most are not.

That’s why business, big, medium and small, have got to fight back and make their case for what they do. Where necessary, they must admit where things have gone wrong. Even the most red-blooded free marketeer will admit the privatisation of water industry has gone horribly wrong: profits have been stripped out by private equity owners at the expense of new investment. But let’s hear people say so, admit previous mistakes and get the competition authorities to look again. If necessary, the owners can be forced to make changes.

Big business should also be telling Labour that it’s living in cloud cuckoo land, rather than cosying up to them. The sight of CBI chief, Carolyn Fairbairn, saying how pleased she was to be taking tea with shadow Chancellor, John McDonnell, at the conference was sickening. It’s fine to be talking to Labour but she should be telling McDonnell – and more importantly the public – that his economics don’t add up, that they will do more harm than good.

What Fairborn – and other clever business leaders – should be screaming from the roof tops is that nationalising utilities, unless Labour is hoping to take them without paying, will cost the taxpayer billions. And  ask them pointedly, from where will that money come ?

They should also stand up and admit openly that there are many problems to fix whether its student tuition fees or the low level of vocational training and skills but come up with new ideas for reform.

To be fair to Fairbairn, she did warn after McDonnell’s speech on nationalising the utilities, that investors would be running for the hills.  But interestingly, they are not running and don’t even appear to be walking away.  That can only be because business leaders – from the mighty FTSE chair men and women to the young start-up kings and queens as well as entrepreneurs – are either asleep or too cowardly to argue back.

Yet the young are listening intently to Corbyn’s fantasies, and why not? His speech, for all its flimsy, idealistic rhetoric, will be lapped up by students and young apprentices alike, the ‘squeezed’ middle and, indeed, by many centre of the road professionals who can’t bear to align themselves with the Conservatives party still at war with itself.

This is dangerous territory. Those involved in business – and most of us are in some form or other – have a wider responsibility to put the arguments for enterprise and neutralise what is once again becoming a dirty word, profit.

They could start by making sure profit is more fairly distributed and shared better.  If business men and women don’t step up and stand up for themselves, they will be hoping that entrepreneurs such as Elon Musk or Richard Branson will have their spacecraft ready to take them to planet Zog. 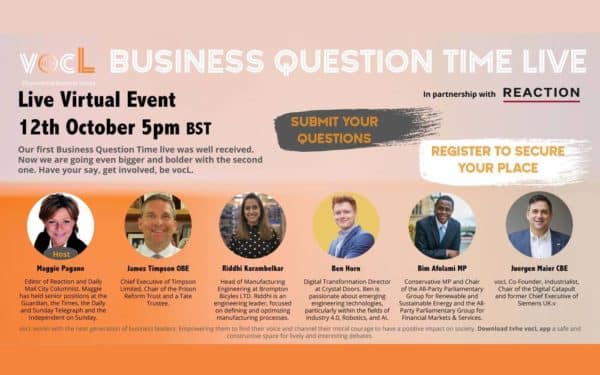