With England’s footballers giving us all a well-needed boost, it is perhaps tempting just to hang in there for a bit of normality to return while we dream of football – potentially – coming home again.

But it doesn’t require the insights of Marcus Rashford to realise that something is not right when sweating football fans can sing, mingle and party away in and around Wembley, but children are being excluded from school for 10 days because an asymptomatic classmate has tested “positive” when the likelihood of anyone being infectious is actually very low.

Judge a society on how it treats its children. And the last 16 months have been a timeline of misery for the youngest in our society. Houston, we’ve had a problem – one hell of a problem. Yes, hospitalisations are soaring. No, not because of Covid-19: mental health issues are stacking up, with 70 per cent of child admissions to hospital due to mental illness.

Thankfully, we are seeing some pushback from the Children’s Commissioner, Dame Rachel de Souza, calling for an end to the use of pseudoscientific “bubbles” in schools. They were an initial stab at dealing with Covid-19 when we were grappling in the dark back in the early days of the pandemic. They are not a long-term solution for a disease that we now know has very little effect on children. In the absence of ill children, the closure of whole year group bubbles because of a positive test here or there is – quite frankly – lunacy. Children – and parents – are at breaking point. This has to stop.

There are serious implications associated with an unhealthy focus on seeing children as a reservoir of disease, for multiple reasons. Firstly, we now know the role of children in transmission of SARS-CoV-2 in school settings is limited. Secondly, as this paper in the British Medical Journal attests, once most adults are vaccinated, circulation of SARS-CoV-2 may in fact be desirable, as it is likely to lead to primary infection early in life when disease is mild. It is now very clear that natural immunity is powerful and long-lasting, and arguably provides a more flexible arsenal than vaccination in dealing with Covid-19 and future variants. To paraphrase: in order to add to Chris Whitty’s wall of vaccinated people, society should be welcoming an additional wall of immune young people to help protect the vulnerable from future waves of respiratory disease.

As many have said – including Boris Johnson – we need to learn to live with SARS-CoV-2. This will not be as daunting as some are making it out to be. Given what we know about our incredible immune systems, it seems highly likely that the various variants will circulate like common colds. More and more treatments will become available, and vaccinations may remain an option for primarily older age groups.

This brings us to the third – and arguably the most important – reason for allowing schools to revert to normality. Given what children have been forced to put up with for the last 16 months, it is just frankly inappropriate for a society to continue treating its young in this way.

Rather than loosening restrictions entirely, it has been mooted that daily testing could be introduced to reduce isolation times for children. What would be the point of this? The principle of more and more testing – referred to as “mass screening” in the literature – has serious ethical issues attached, none of which have been considered since early 2020. As Angela Raffle, a consultant in public health at the University of Bristol, writes in the BMJ: “The UK National Screening Committee (NSC)—the recognised source of expert, independent, and conflict free advice to ministers on screening—had played no part in the decision making process” regarding the set-up of the UK testing regime. And Operation Moonshot, the government’s eye-wateringly expensive mass testing scheme, risks the “demolition of hard won frameworks for protecting the public from ineffective, poorly delivered, and unethically practised screening”.

We should follow the lead of countries that rightly deploy testing to confirm a diagnosis after the onset of symptoms. To top it all, the lateral flow tests procured by the UK government have been banned by the US Food and Drug Administration as they are not fit for purpose.

It is high time that we put our children first, and put a firm stop to the doublethink that allows one rule for adult footballers, G7 delegates and business travellers, yet imposes onerous restrictions on the youngest and most vulnerable amongst us.

Let children be children, and be done – now – with these ridiculous bubbles and testing regimes, as they are morally repugnant and helping no one. Children might be resilient, but if we persist in imposing harsh and nonsensical, pseudoscientific measures on them, we might live to regret it when it is their time to look after us.

Dr Alex Starling is an advisor to and non-executive director of various early-stage technology companies. Follow him on Twitter: @alexstarling77. 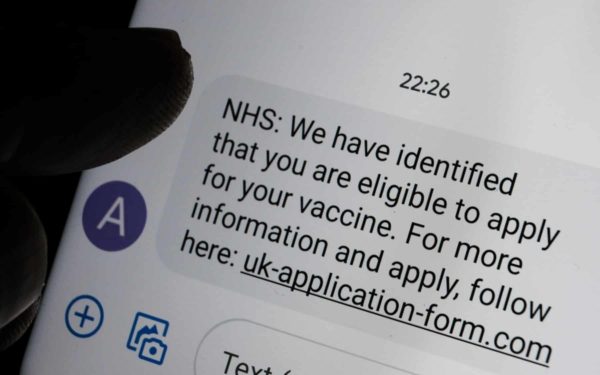