In praise of prosaic innovation

Ian Stewart is Deloitte’s Chief Economist in the UK. This is an abridged version of his Monday Briefing, a succinct and eclectic weekly take on economics and finance.

Societies become richer by producing more goods and services from a fixed amount of labour and other inputs. The history of human material progress is the history of ever greater efficiency in production.

Since the financial crisis that process seems to have broken down. Productivity growth has slowed and, for many, wages have stagnated. Across the Western world policymakers and politicians are searching for ways of raising productivity growth.

New technologies, such as artificial intelligence, driverless cars or robotics, loom large in this debate, and with good reason. History shows that new general purpose technologies are major drivers of efficiency and welfare.

There’s a strong focus, too, on what government can do to improve the climate for growth – through the tax system, better regulation, education and training, and infrastructure spending.

But there is a third part of the productivity story which gets less attention. This is the way in which low-key, low-tech improvements, often made over many years, can raise productivity. It is about using old ideas and technologies, not stunning new breakthroughs. It could be called prosaic innovation.

The furniture retailer, Ikea, excels at such small, incremental improvements in its processes.

Over the years continual improvements in the manufacturing and design of Ikea’s Billy bookcase have led to big gains in productivity. Output at the Swedish factory has risen 37 fold since the 1980s, but staff levels have only doubled. Gains in efficiency mean that the Billy bookcase costs 30% less today than it did in the late 1970s.

Ikea has redesigned its best-selling Bang mug on several occasions, eventually managing to more than double the number able to fit on a single pallet and halving shipping costs.

Technology is an important driver of productivity but so, too, are low-tech ideas.

One of the unsung innovations of the twentieth century was the so-called intermodal freight container – a standardised box which can be carried in ships, by train and on lorries. It is an old idea, coal having been transported in timber containers in eighteenth-century England. But it took almost two centuries, and numerous attempts at international standard-setting, until the 1970s, for this relatively low-tech innovation to become the dominant form of freight transport. In the process containerisation played a major role in boosting global trade and lowering transport costs.

Wheeled luggage is a similarly low-tech invention. The first patent for wheeled luggage was granted in 1970, albeit for a conventional suitcase on four small wheels which was pulled along on long strap. The break-through came in 1987 with the invention of the two wheeled, upright case with a telescopic handle. This invention, a product of observation and the experience of a US airline pilot has improved personal travel in much the way containerisation has freight transport. I find it rather remarkable that such a simple, life-improving invention should be just 30 years old.

These examples might suggest that, for most of us, raising productivity is about someone else having ideas which make our lives easier.

But in a service economy raising productivity is also about individuals experimenting with new ideas to improve the efficiency with which they use their time. This, of course, has long been the subject of a vast array of improving books, often to be found in US airport book shops.

One which stood out to me was Deep Work by Cal Newport, a US professor of computer science. Professor Newport makes a simple and, to me, pretty intuitive case, that high quality work is a product of time spent and the intensity of focus. And these days what wrecks the intensity of focus are the pleasurable distractions of electronic media, emails, texting, the internet, Facebook and the rest.

Such interruptions damage productivity partly because of what Sophie Leroy, a business professor at the University of Minnesota, has dubbed “attention residue”. When you switch tasks your attention doesn’t immediately follow. A residue of your attention continues to think about the first task. Your focus on the main task suffers and becomes more superficial. Repeat this maybe fifty or sixty times a day, as some people do between interruptions from emails, texts, social media and so on, and “deep work” suffers.

The distracting power of electronic media are well understood. But for me Deep Work offered a worthwhile perspective on how we use our time – and how we might use it more effectively.

The point about what I’ve called prosaic innovation here is that it does not rely on ground-breaking technologies or brilliant new ideas. In that respect it is democratic. Observation, tweaking and experimentation are the watch words. It’s not revolutionary stuff. But over time it is a powerful driver of human welfare. 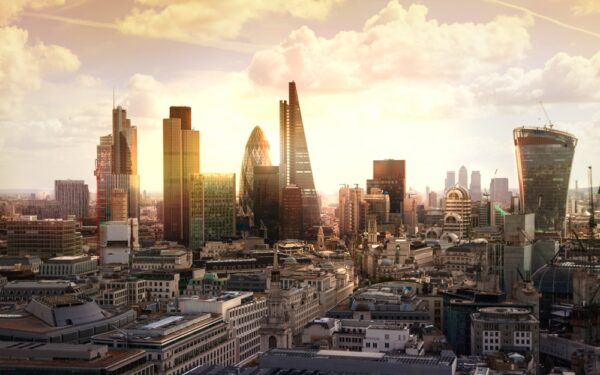