A personal view from Ian Stewart, Deloitte’s Chief Economist in the UK.

Sentiment in financial markets changes quickly. The big worry for most of the last year has been about collapsing growth and falling prices. Now markets are fretting about inflation. Such fears were behind the sharp sell-off in US equities in the early part of last week.

Inflation is starting to head higher. Global inflation troughed last summer, and has risen markedly since. Last week’s equity panic was fuelled by the news that US inflation hit a 13-year high in April.

Higher inflation is partly explained by a cyclical upsurge in commodity prices. The price of crude oil is up about 30% this year and agricultural prices have risen by about 20%. The price of iron ore hit a record high last week as steel mills crank up output. In the UK, thefts of catalytic converters from parked cars have surged since the first lockdown as thieves have sought to capitalise on the boom in precious metals prices.

Pandemic-driven, idiosyncratic price rises have also been at work. People have shunned public transport, driving up demand for, and prices of, second-hand cars. In the US the car rental companies sold off large numbers of cars as activity collapsed last year. Now they have too few vehicles, and are buying them on the second hand, contributing to a 21% rise in US used car prices in the last year (US car rental prices have risen 82% in the last year). In the UK bicycle prices have risen by over 12% in the last year as cycling surged during the lockdown. A resurgence in construction activity has sent the price of building materials soaring. US timber prices have risen four-fold in the last year due to higher house-building activity. Many sectors that bore the brunt of the COVID crisis, such as hairdressers and pubs in the UK, have also hiked prices. (I can attest to the pressures. My haircut in north London last week cost 10% more than the same place charged in October.)

Long and complex supply chains, which were underused during the pandemic, have struggled to meet demand as the global economy fires back into action, adding to inflationary pressure. The Baltic Dry Index, a benchmark of shipping costs, has doubled since the start of the year. In the UK, a post-Brexit exodus of European lorry drivers has led to staff shortages and pushed up wages. The price of semiconductors has soared as supply struggles to keep up with reviving demand. Car factories have been forced to close due to chip shortages.

Last week’s equity sell-off was not the first indication of investor jitters over inflation. Interest rates on US government bonds have risen in the last few months in anticipation of faster growth and higher prices. Bond investors now see inflation and rising interest rates as the top two market risks.

Yet private sector economists and policymakers are sanguine about the outlook for inflation. The general thinking is that current price pressures are a temporary phenomenon reflecting erratic and one-off effects. Economists expect inflation in the US and the euro area to fall back next year. Ample spare capacity and slack in the labour market, so the argument runs, will keep inflation well-behaved in the medium term. Many economists believe that the old leading indicators of inflation – growth in the money supply, the degree of spare capacity in the economy and the tightness of the labour market – do not work in an age of globalisation and weaker organised labour. And it is true that for most of the last 20 years inflation has been striking by its absence.

The UK has experience of the sort of short-lived rise in inflation that central banks expect today. In 2008 and in 2012 inflation shot up to the 5% mark, way above the Bank of England’s 2% target, propelled by rising commodity prices. The Bank kept its nerve, arguing that this was a temporary shock. Despite ultra-low interest rates, inflation conspicuously failed to become embedded and fell back to target, vindicating the Bank. Indeed, by 2015 the inflation rate had dipped below zero, giving the Bank the headache of wanting more inflation, not less.

Much will depend today on whether higher prices push up wages, increasing the risk that inflation heads still higher. Unemployment rates are well above levels seen at the start of the pandemic, but this will be a recovery like no other. Demand is likely to snap back rapidly, and unemployment is likely to peak at much lower levels than in previous recessions. In the UK the overseas born workforce has shrunk by an estimated 1.3m in the last year, equivalent to about 4% of the entire workforce, as people returned to their home countries during the pandemic.

Given the unique features of this recovery, it is possible that wage pressures could mount more rapidly than in previous economic upswings. Given that UK GDP contracted at a record rate in 2020, I find it surprising that inflation-adjusted average earnings have risen by almost 4% in the last year, the fastest pace in 20 years. At a comparable stage after the global financial crisis real earnings growth was negative.

Economists generally think we are heading for super strong growth and limited inflation. And the chances are that this time, just as central banks expect, the spike in inflation will be short-lived. But, as last week’s panic in equity markets shows, the hard inflation data can sometimes deliver surprises. The world probably will get a “lowflation” recovery, but we’re not counting on it. We’ll be keeping an eagle eye on the wage and job data for signs of “moreflation”. 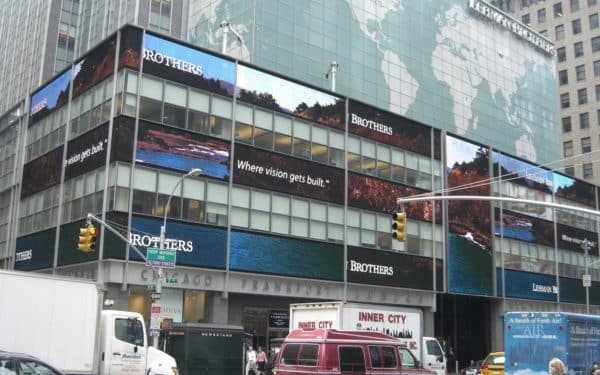