Why is the euro (and the EU) allowed to cost almost anything?

Most vehemently since the creation of the European common currency, the euro, the European Union (EU) has been on the road to federalisation  The euro has naturally not been the sole cause of this but its many crises have been used to further this aim.

To function well, the currency union requires a fiscal union, the alternative being extremely efficient and flexible internal markets that would be impossible in all euro countries. A fiscal union, in turn, means that individual countries will have little say in how union income and expenditure are distributed. Such decisions will be taken at the centre, in a political union.

This is something most European nations are unlikely to have fully realised or unconditionally agreed to when they joined the EU. Importantly, citizens of practically no northern member country were consulted by their own politicians on whether they really were willing to be the net paying members of a growing income and tax transfer system between member states.

Yet, this appears to be the near-term future for them if the current version of the Recovery Fund proposal of the European Commission is implemented. The Fund puts the European Union at a crossroads, strongly increasing its role as a fiscal union.

Strikingly, there has been very little discussion of the fact that the Recovery Fund will change the EU in a fundamental way. In particular, very few political decision makers wish to address the issue of how much the euro and the EU will and should be allowed to cost individual member states and their populations/voters.

The benefits and costs of the current EU

The European Union as originally conceived still appears beneficial for all European countries, economically and politically, while the issue still remains undecided regarding the security perspective.

However, the EU has not limited its own role in member states’ affairs within such an apparently modest agenda. The very establishment of the euro area has made necessary policies designed to avoid its collapse from any number of causes.

Initially, this was done by reducing national monetary and regulatory discretion in favor of centralized monetary and financial market policies. These policies proved scandalously insufficient and misguided. The first decade of the common currency saw massive capital movements between countries in response to the ECB suppressing and equalizing interest rates regardless of existing risk considerations. The result was a massive banking and fiscal crisis, initiated by financial problems in the US and fuelled by a wave of credit losses in the euro area as bank-financed investments primarily in the periphery proved overvalued.

The lessons the euro area drew from the crisis was that centralisation needed to increase, not that policies needed to change.  Common centralised supervision and crisis response systems have been agreed on. Loss coverage includes a mandatory bail-in and a joint modest-sized recapitalisation fund of European banks. Governments will need to backstop the resolution system for it to be credible and this is still contentious. This system will become active once legacy bad credits in member states have been dealt with. That is also contentious and difficult to measure in a concrete way. After that, all financial market “eggs” will be in one basket and much will depend on how that basket is handled, particularly when turbulence in the markets reappears. So far bank resolutions (e.g. in Italy) have, with remarkably little opposition, bypassed this system.

The real issue is not whether there exist joint institutions, policies and procedures. The essential issue is to what extent they correspond to a stable and wide-spread will of member state populations to abandon present nation states.

European nations, many of which after all have existed for quite a long time, are unlikely to quickly, rapidly and voluntarily gather under one bureaucratic banner.  The ambitious timetable of the federalists for this, within both the EU and member nations, has been one of the major mistakes of the European Union. Hurrying, rather than the idea of greater unity at some unspecified future date, was likely a major contributing factor in the exit of Britain from the EU. The English quite simply got fed up with the EU beginning to state what they can and cannot do before they themselves were ready to do so.

It now appears that little has been learned from this lesson.

The costs of the future EU

Problems in the banking sector and the EU economy in general have so far been addressed primarily by increasing centralisation of monitoring and policy as well as new regulations and institutions. Progress in strengthening bank balance sheets is now being undermined by the effects of Covid-19 policies.

There is little to indicate that stability, welfare and growth are about to improve in the years to come. Economic success in the euro area remains uneven, partly due to the difficulty of many countries to adjust to the requirements of the single currency. Previous efforts to avoid  stagnation and excess debt have stressed restrictive demand policies and structural reform. This led to political instability in several countries, in turn leading to calls for new and less onerous policies. It appears that the new policy paradigm combines easy monetary policy with greater public expenditure.

The recent proposal for an EU-wide Recovery Fund is part of this policy effort. It provides debt-financed stimulus while allowing countries to ignore their increasing liabilities. It provides unconditional economic support to some of the most vocal critics of the previous policy mix. This is done partly through income transfers typical of fiscal unions. Calls to make this a regular feature of the EU have already been made.

The size of the Fund is too small (around 5% of the GDP of the EU disbursed over several years) to provide meaningful economic stimulus. It is likely to lead to further economic fragility in weak member countries of the euro as it removes the need for long needed structural reforms. The conditions attached to the current proposal of the Fund direct the funding towards financing “green and digital transitions”. Since companies across Europe are likely to enact all investments they deem profitable in the current low-interest rate environment anyway, the Fund will most likely end up providing funding to unprofitable firms and risky projects. Thus, the ability of the Fund to resuscitate the European economy is questionable, at best. It also too small to cure the core problem haunting the eurozone: the unsustainable debt burden of Italy (and Spain).

It’s also quite likely that the Fund will not long remain a “one-time” effort, as widely announced to member state populations. Rather, it will probably be seen as the first of several similar projects to be launched as the corona pandemic continues to create economic problems in EU member states. If this happens, the likelihood grows of a popular political backlash in at least some of the net contributors. Efforts to increase the autonomous right of the EU to finance expenditures through joint debt (a fiscal union) are thus likely to intensify.

As is well known, the centralization of power has been tried numerous times before in Europe and so far with less than sterling results. If this time the goal is to achieve unity through peaceful means it is, arguably, necessary to ensure explicit popular support for important unifying measures.  Secrecy, misinformation or pressure could, at some time, become a focus for popular resistance to the very idea of a union.

It was already mentioned that lasting European unity may be reached only gradually and openly.  However, this does not seem to be generally appreciated. Instead, many proponents of a unified Europe seem unwilling to consider any other path to integration than a rapid and opportunistic one. Indeed, this lack of patience with constructive criticism and discussion almost gives an impression of fear that time and reflection will work against, rather than for, closer integration.

It now seems likely that the Recovery Fund will be accepted in all parliaments of the 27 member nations. This will open a path to further sharing of fiscal burdens which, until now, have been the prerogative of national parliaments. The Commission, using its sole right to make formal proposals to ministers, is deeply committed to further integration. Suggestions for further, rapid increases in the EU budget will not be lacking.

The opposition of Hungary and Poland against the “rule of law criteria” baked into the legal basis of the Recovery Fund, was apparently the only battle against the fundamental change looming in the EU. This is unfortunate, since there exist stronger and more acceptable reasons for doubting the wisdom of the Fund.

If a “transfer union” is created through the Recovery Fund, the issue of national costs disappears. All costs are joint, their future distribution can be debated perpetually, national costs become very difficult to specify and, ultimately, there will be a joint enforcement institution to ensure compliance with union decisions taken. The union will provide politicians both with new careers and with cover for any unpleasant national criticisms of joint decisions.

As regards the political class, it thus seems as if the EU is allowed to cost almost anything, economically and politically, as long as costs materialise primarily in the future. It could be because the goal is to create an economic and political union rapidly, before possibly recalcitrant populations force a slower pace.

If this should be true, it provides a rather alarming forecast of how integration is expected to interact with political awakening at some point. Europe, after all, is a continent of revolutions.

The EU is at dangerous cross-roads.

Until his retirement in 2010 Peter Nyberg worked at the Finnish Ministry of Finance as Director General of the Financial Markets Department. He joined the Ministry in 1998, having previously worked at the Bank of Finland in various capacities, finally as an Adviser to the Board. After his retirement he was retained for various tasks related to financial crises, among them work for the Irish government to evaluate the causes of the banking crisis there. He also worked for the IMF as a Senior Economist in the 1980s.

Tuomas Malinen is CEO of GnS Economics Ltd. and an Adjunct Professor of Economics at the University of Helsinki. He is also a Vice-Chairman of EuroThinkTank, a group of professional research group studying the future of the eurozone. His research interests include economic growth, economic crises, monetary unions and income inequality. 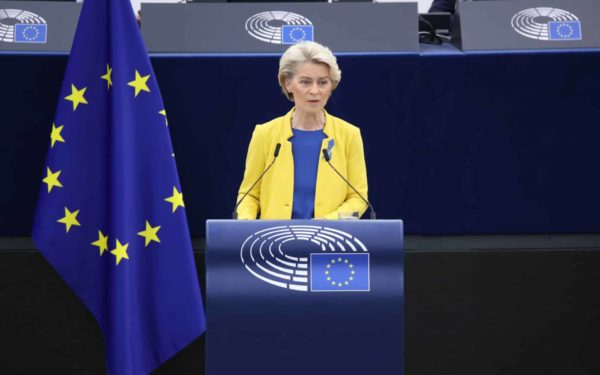