Could psilocybin be used to treat anorexia? Q&A with Dr Meg Spriggs

The Covid-19 pandemic has triggered a worrying upsurge in mental health issues. The toxic blend of social isolation, lack of routine, and uncertainty about the future, has created a perfect storm in many people’s lives. As a result, doctors, clinicians and nutritionists are all reporting a distressing increase in those struggling with illnesses like depression, anorexia nervosa, bulimia nervosa, binge-eating disorder and other specified feeding or eating disorders.

Eating disorders already affect between 1.25 and 3.4 million people in the UK, and the number is rising. Nadine Dorries, the minister for mental health, recently told the Health and Social Care Committee that eating disorders have become the biggest mental health issue and that there has been a rapid increase in demand for eating disorder services in the UK during the pandemic. “We’ve seen a 22 per cent increase in demand just over the past 11 months in eating disorder referrals and demand for services,” she said, citing the “huge” impact social media has had on exacerbating the conditions.

But seeing as eating disorders have the highest mortality rates among psychiatric disorders, as we have tragically seen in the recent high-profile deaths of Nikki Grahame and Sushila Phillips, why is there still no single approved medication for treatment?

Researchers from the Psychedelic Centre at Imperial College believe that psychedelic drugs could hold the key to unlocking us from this mental health epidemic. After finding that psilocybin was as effective at treating depression as serotonin inhibitors, a widely prescribed class of antidepressants, a clinical trial currently underway is investigating whether psilocybin-assisted therapy could be a feasible and effective way of treating anorexia nervosa.

I spoke to the head of the trial, Dr Megg Spriggs, about the health implications of anorexia nervosa, how psilocybin could have a positive impact, her main hopes and aims with the trial, and what the next step would be before it could become a mainstream form of treatment.

Saffron Swire: What are the health implications of anorexia nervosa, and why does it have the highest mortality rate of any psychiatric condition?

Dr Meg Spriggs: Anorexia nervosa is characterised by a restriction of energy intake leading to low body weight, an intense fear of weight gain, and disturbances in how someone views their body weight and shape. It has both mental and physical consequences; obviously it is a mental illness, but there are physical complications associated with it. That’s part of the reason why it has a high mortality rate, as having a low body weight carries a lot of risks.

The other side is that it has very high suicide rates. The mortality rates are 11.6 times higher than the general population, and 25 per cent of deaths from anorexia are from suicide.

The reason why it has the highest mortality rate of any psychiatric condition is down to a combination of physical complications, suicide rates, and lack of effective treatment.

SS: Why is there still no single approved medication for anorexia nervosa?

MS: It’s a difficult question, and I can’t say exactly, but I can say that there are many interweaving factors, and it depends on what you want to get out of a medication.

There are also different aspects to treatment – weight recovery and BMI is one health outcome, and another is cognitive change. These two are quite different things to approach; it’s hard to have one medication that addresses both.

We know that serotonin and dopamine are both involved in anorexia, and selective serotonin reuptake inhibitors (SSRIs) are often used. These can be effective at treating cognitive depression. Even so, a review from 2011 looked at different randomised control trials for treating anorexia, and couldn’t find any strong evidence for any medication actually working. Many people with anorexia will be diagnosed with depression as well, but this does not manage the eating disorder symptoms.

In short, it’s complicated, and there are lots of different factors. Recovery is about committing to long-term behavioural change, and that’s the difficulty.

SS: In what way could psilocybin have a positive impact on treating anorexia nervosa?

MS: Just a little bit of background on psychedelics generally. There is growing research on the safety and possible efficacy in treating various mental health conditions with psychedelic-assisted therapy (PAT). At Imperial, we have had two trials for psilocybin and depression, and if you look across the world, there are a host of studies looking at treating depression, anxiety and OCD.

Generally, the trials show that PAT, psilocybin particularly, in the proper context, can be effective. This raises an important question: how can one therapy model be effective across so many conditions?

Part of that could be down to the fact that a lot of these conditions having similar underlying patterns, for example rigid and constrained thought patterns that psychedelics are effective in treating and addressing. The psychedelic experience is characterised by opening up one’s ability to perceive the world around them and breaking that rigidity in thought patterns.

There is that analogy of a snow globe. Your thoughts are well-worn ski tracks, and you use the same track all the time. Psychedelics shake up the globe and give you a fresh coating of powder to form new tracks/patterns. Whilst it may be an efficient way for our brains to think, it can be damaging.

A lot of mental health conditions are defined by their symptoms; psychedelics go underneath and look at both the symptoms themselves and what led to them. With anorexia nervosa, it is defined clinically by fear of weight gain and low body weight, but that is the tip of the iceberg of what is actually going on underneath.

Psilocybin-assisted therapy can change the way they see themselves and the world around them; it’s a very client-centred process, so it gives a person a sense of hope and autonomy and that’s a very important part of recovery. It’s a long process in which you have to be committed.

SS: What will happen at the trial? Could you elaborate on your “three-pronged” approach?

MS: What’s important to remember is that PAT and psilocybin-assisted therapy are not just giving the participant a drug and sending them on their merry way. It’s much more than that. It’s much more of a therapy approach than a pharmacological approach. When we talk about psilocybin-assisted therapy, we talk about three phases or a three-pronged approach: preparation, dosing and integration.

The second stage is dosing. During this stage, participants will come into our centre; we have a therapy room within the clinic, decorated and made to feel comfortable and homely. The participant will take the medicine. They are given an eye mask and headphones and will be encouraged to go on an inward journey. Guides will be with them all day, but we encourage them to go within themselves and let the specially designed playlist guide them.

The third stage is integration. This is where the participant will come back the next day and spend time with guides talking through and exploring their experience. We will then follow the participants for around three to six months.

SS: What were the criteria for the patients you recruited?

MS: Well, the other important stage is the screening process. Before someone comes into the trial, there is an intensive screening to make sure the trial is the right fit for someone. We are still in the early days of understanding psilocybin, and so we are pretty rigorous in who is eligible for participation. For example, we screen out anyone with a personal or family history of psychosis or in their family.

We will be recruiting 20 patients overall throughout the trial, and I expect it will run over the next 18 months. Anyone interested in finding out more can visit our website.

SS: Have there been prior studies showing a positive impact of psilocybin on eating disorders?

MS: There are no clinical trials at the moment, but there has been prior research. In one case, a study from 1959, a woman in Paris was treated with psilocybin for anorexia and the study concluded that it had an “indisputable therapeutic action.”

More recently, in Canada, Dr Adele Lafrance has done some work on ayahuasca where they interviewed people who had a diagnosis with an eating disorder and had been to an ayahuasca ceremony. She conducted qualitative interviews afterwards and found that people not only found that ayahuasca helped in decreasing eating disorder symptoms but that it also helped their relationship with themselves. It had a very positive impact.

A paper we at the centre published last year looked at responses to psychedelics of individuals who had a lifetime diagnosis of an eating disorder. It showed that after psychedelic experiences of their own accord – not in a medical setting – there was a decrease in depression and increase in wellbeing two weeks later.

So there is growing evidence, but there haven’t been any completed medical trials.

SS: What are your main aims and hopes for the trial?

MS: The study is a small pilot study, with only 20 participants. It is first and foremost a feasibility study; in other words: how feasible is it to use it as a treatment and possibly, how effective is it?

Because it’s a small study, we’re not going to be able to make any huge claims, but what it can do, is lay the foundation for a more extensive, more randomised control study.

For example, in our depression studies at Imperial, there was our first, smaller study and then our much larger study. This is not the only study looking at psilocybin and anorexia nervosa. Hopefully with all of them together it should provide a strong evidence base.

SS: If the results are positive, what will be the next step to making it a viable means of treatment?

MS: It’s early days, all of these things take a long time, but it’s a really positive step. We must explore it now, more than ever, due to the increase resulting from the pandemic of eating disorders.

Society is stacked against you in recovery – from social media to calorie counts on menus – so we need to be more aware of anorexia and talk about it. The other reason why relapse is so common with eating disorders is that it’s hard to work against society as well as your own mind.

For a long time, anorexia has been viewed as a complex condition to recover from and to work with. Still, hopefully we can start the ball rolling on new ways to treat and explore what is an incredibly devastating condition. 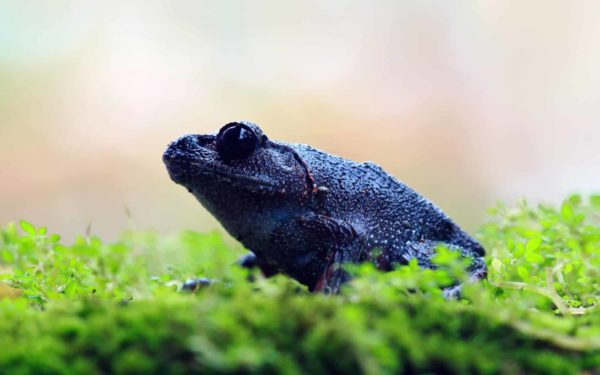