Shortly after becoming Prime Minister, Theresa May vowed to tackle the “burning injustice” of mental illness, “to employ the power of government as a force for good to transform the way we deal with mental health problems right across society and at every stage of life”.

The Prime Minister proclaimed that this must start with ensuring that young people get the support they need. Mental illness left untreated from childhood can often become entrenched later on in life, impacting significantly on the likelihood of whether a child will grow to fulfil their full potential.

That Brexit will dominate and come to define her premiership is of no question, but the Prime Minister’s commitment to confronting mental ill health in our society is clearly a cause she feels passionately about and on which she has promised that action will be taken.

She has appointed Professor Simon Wessley to undertake a review of our outdated mental health legislation, written in the 1980s, who will report back next Autumn as to what a new fit-for-purpose Mental Health Act for the 21st century might look like.

Having arrived in Britain 60 years ago with the migrants of former colonies, the relationship between cannabis, the law and its enforcement is a complex one.

With the exception of a brief period from 2004 to 2009, it has remained an illegal, class B drug, carrying with it imprisonment of up to 14 years for production and supply and five years for possession. Enforcement of the law, however, has been inconsistent. Arrests for cannabis possession have halved in the past decade and several police forces have announced a de facto decriminalisation of its use. As a consequence, a completely unregulated, illicit black street market has flourished, at the same time as admissions to hospital have more than doubled for mental health conditions linked to cannabis use.

A report published today by drug policy think tank Volteface reveals that the cannabis ubiquitous on the UK’s streets is now more potent than ever. Innovative growing methods by dealers looking to increase their profits has meant that most of the cannabis now finding its ways into the hands of our young people contain high levels of the chemical THC. The element in the drug that gets users ‘high’, THC also correlates with dependency and problematic side-effects such as paranoia and psychosis in higher amounts. Hardly any CBD, the protective chemical in cannabis that mitigates against THC’s negative effects, is found in today’s street cannabis. As well as there being a link between developing psychotic-like symptoms and frequent use of high potency cannabis, other conditions on the mental health spectrum such as depression and anxiety and their link to use of the drug, must not be overlooked, the report says.

The impact of the utter failure of government policy in this area must be seen through the lens of the need to protect our young people, who are impressionable, curious and whose brains are still developing.

Volteface’s research has found that, despite its illegality, teenagers find it easier to access cannabis than alcohol, with some even being approached by dealers as they approach the school gate. Frontline services told the think tank that there are clear indications that young people are experiencing a wide range of mental health problems linked to their use of street cannabis.

Successive governments have avoided confronting the pitfalls of an out of control street market and how it is helping to fuel a mental health crisis in our country. This cannot continue.

Now is the time for politicians of all stripes to act and act radically.

If the Government is serious about placing mental health firmly on the political agenda, it cannot be wilfully blind to the role played by the unregulated, illicit street market of high potency cannabis on streets up and down the country.

It can no longer turn a blind eye to the consequences of a failed approach to cannabis that can, at best, be described as a ‘fudge’ – formal illegality with no real enforcement.

In its latest drugs strategy, published this summer, the Government was silent on all of these points, as well as how thinking in this area is developing around the world.

In Canada, Justin Trudeau has not wavered in his resolve to eradicate the criminality at the heart of the cannabis market and the urgent need to protect young people. Legislation for a legal, regulated market for the drug will be passed by July next year, with tough penal sanctions to be introduced for those selling cannabis to minors. There will be much for us to learn.

Here in the capital, we must take the initiative to start a frank discussion about young people’s mental health and cannabis. I urge the Mayor to read the report published today by Volteface and call on him to see what steps the city can take to investigate its findings in all of our boroughs. Having launched Thrive LDN this summer, a new movement to improve the mental health and well-being of Londoners, work is already underway to engage with schools and youth organisations. There is no reason why its scope cannot be widened to include cannabis and mental health.

But, without a change in the law, highly potent cannabis will continue to be smoked by our young people, in London and every other city in the country. Courageous, concerted political will must materialise soon so the public can be confident that our children are not needlessly being put at risk of developing mental health problems by a Government with real fire in its belly for confronting this burning injustice.

Andrew Boff is a British politician and a Conservative member of the London Assembly, elected in the 2008 election. He is a London-wide member, representing all thirty-two boroughs and the City of London. 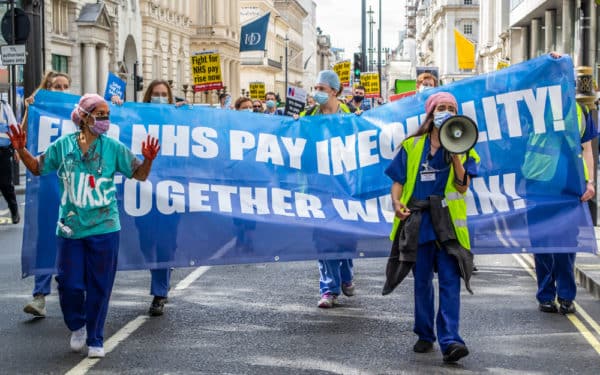 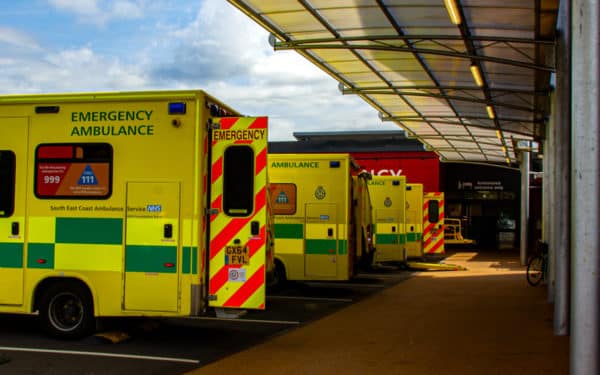 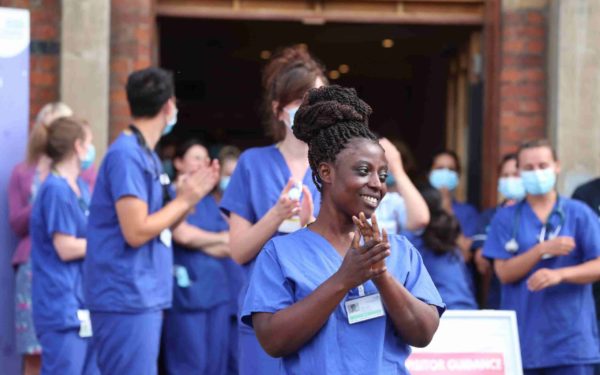 Why Sunak must do a deal with the nurses

A 10% pay hike to reward a tough profession should be offered in exchange for productivity improvements within the health service.