Whatever happened to the future? It was going to be so good.  Super-sexy cars moving along elegant freeways and open, spacious homes with sliding doors and robots with feather dusters. Remember the 1982 sci-fi movie Bladerunner, with its hot, self-conscious space-bots and hover-cars. That vision of tomorrow was set in 2019! What went wrong?

Today, instead of flying about town snogging Robo-girls, we’re nervous about turning the heating on. Young professional couples in London yearn to afford dank, tiny 19th century terraced houses once inhabited by costermongers. Cars are being phased out. Roads are being closed. “Mass tourism”, we are told, is destroying the planet. All but the elite should stay at home.

We are actually growing poorer. When Margaret Thatcher left office annual real wage growth was 3%. In the following decade it fell by half, sank further in the early 2000s, then started to go backwards. Real wages are currently shrinking at around 3% a year. Gone is the old-fashioned notion that each generation will be richer than the last.

What the hell happened?

No sooner had “the future” started to kick in, at the start of the 20th century, the intelligentsia started to complain. In 1910, in his famous “Revolt of the Masses”, the Spanish philosopher Jose Ortega y Gasset condemned America as a “paradise of the masses”. It was not the failure but rather the success of capitalism – with its planes and cars and skyscrapers – that so upset him. It was the “automatic multiplication of wealth, comfort, health, prosperity” which was “the basic tragedy of our civilisation”.

J. M. Keynes, along with his fellow Bloomsbury snobs, poured scorn on vulgar capitalism, with its obsession with profit and growth. In his Affluent Society, Keynes’ acolyte J. K. Galbraith condemned the “reckless abundance” of economic growth, in his Aquisitive Society, the socialist R. H. Tawney was repelled by the “egotistic” desire to “Produce! Produce! Produce!”. The socialist Webbs, who founded the LSE, attacked dynamic capitalism with its “vulgar ambitions, vulgar capacities and vulgar tastes in excitement.” The Marxists too were distressed by the astonishing achievements of capitalism. Having fled to America Herbert Marcuse was disgusted by the  “affluent society” he found. “This society is obscene in producing a stifling abundance of wares… obscene in stuffing itself and its garbage cans” He decried “this dependence of man on a market ever more densely filled with merchandise” and “the need for possessing, consuming, handling and constantly renewing the gadgets, devices, instruments, engines offered to and imposed upon the people.”

Keynes’ biographer and follower Lord Skidelsky in his gloomy How Much is Enough? echoed Keynes, “Capitalism is a two-edged sword. On the one hand it has made possible vast improvements in living conditions. On the other, it has exalted some of the most reviled human characteristics, such as greed, envy and avarice. Our call is to chain up the monster again.” He advocates a new puritanism, which is “against insatiability, against the psychological disposition which prevents us, as individuals and as societies from saying enough is enough.”

This anti-consumption rant is of course central to the posh-anti-capitalism of the Greens. It is not their own tasteful consumption that appalls them, but vulgar mass consumption. In 1968, ten years after Galbraith’s Affluent Society, the green guru Paul Ehrlich, filled with violent disgust for mass consumerism, condemned “the effluent society”. James Lovelock, in Revenge of Gaia, scolds us for being “obsessed with the idea of progress and with the betterment of humanity’”.  “Gaia” won’t stand for it.

The trouble, for the rest of us, is that these miserable prejudices – anti-people, anti-growth, anti-future – more or less define the very class that constitutes the Blob.

Ah, “The Blob” (1958), that other sci-fi classic. A life-sucking mass of bland goo invades our world, and grows and grows as it envelops and suffocates everything it touches. A fitting allegory for the expansion of the State in the course of the 20th century.

We should not be in the least bit surprised that Keynesian and Green policies (high taxes, incontinent public spending, money-printing, Net-Zero and the rest) do not deliver growth. They are not intended to.

The grim-faced Green Keynesian socialists (who now dominate all political parties) are not excited about the future. The liberation and enrichment of the masses, which was the great promise of the postwar boom, must be put back in its box.

So here we are, vast swathes of Britain, in our ugly, cramped terraced houses built in the 1920s. They were, no doubt, better than the hovels they replaced. But that we’re still living in them in the third decade of the 21st Century?! The only nod to “the future” – a satellite dish on the outside, and central heating we can no longer afford to use.

Forget the old hopes for tomorrow’s world. Your sliding doors would only fall foul of building regs, and the robot home-help hunted down as a carbon criminal.

The author is a film director whose recent films include Great American Race Game and Firepower to the People. 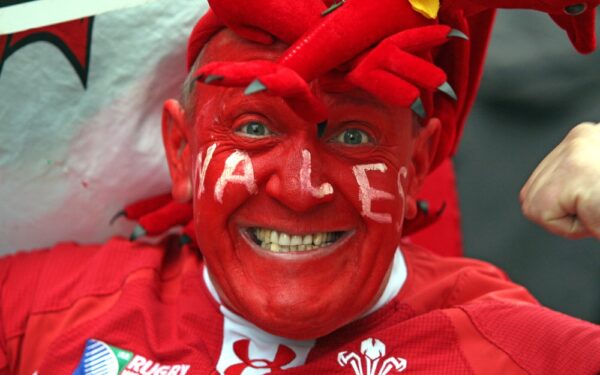 Bank of England: recession won’t be as bad as feared

The usually gloomy Bank has upgraded its 2023 growth forecast by a full percentage point.

Should we believe the IMF?

Jeremy Hunt is under renewed pressure to revive the economy as the IMF warns that UK growth this year will be worse than Russia’s, and half a million workers prepare to strike.